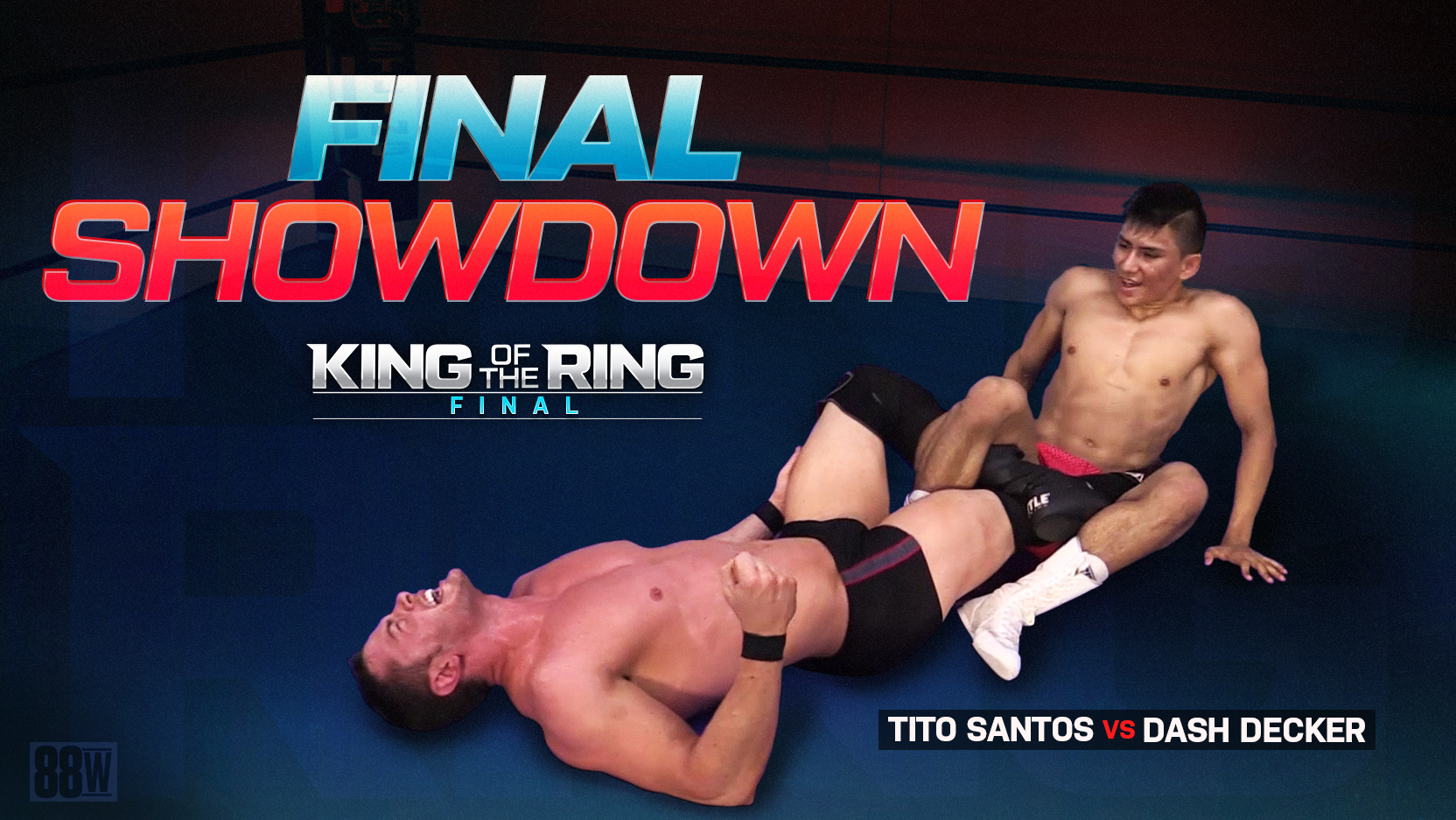 There’s been a lot of buzz around the gym in anticipation of this match, and why not it’s the KOTR Finals! The rookie Tito Santos has fought his way into this match with his agility, wrestling skills, perfectly built body, and an aggressive attitude. While Dash Decker expected to make it to this point and win with his experience, strength, power, and outright self-confidence. Both warriors are gleaming with confidence in their pre-match interviews, with Tito sporting red trunks and Dash choosing to go with black. Both enter the ring and spend some time sizing each other up before locking up. Dash gains the early advantage with a side headlock and a choke. He continues the control using his size and power advantage attacking Tito’s impeccable body, but that doesn’t deter the teen physique champ. Tito switches the advantage with a back-breaking boston crab and continues to attack Dash’s broad back muscles. It’s evident both of these guys came in with a game plan and there’s more to this match than just the wrestling. This match is playing out like a game of chess, with both of them executing their tactical game plan and precise maneuvers which is stimulating to watch. Figure four leg locks, boston crabs, rear naked chokes and an over the shoulder backbreaker are all executed perfectly throughout the course of this battle. It’s an all-out brawl to the end, as the new king flexes his victorious muscles while he’s showing off the shiny belt and the loser wilting on the mat in despair. You must see who claims the inaugural 88W King of the Ring crown!