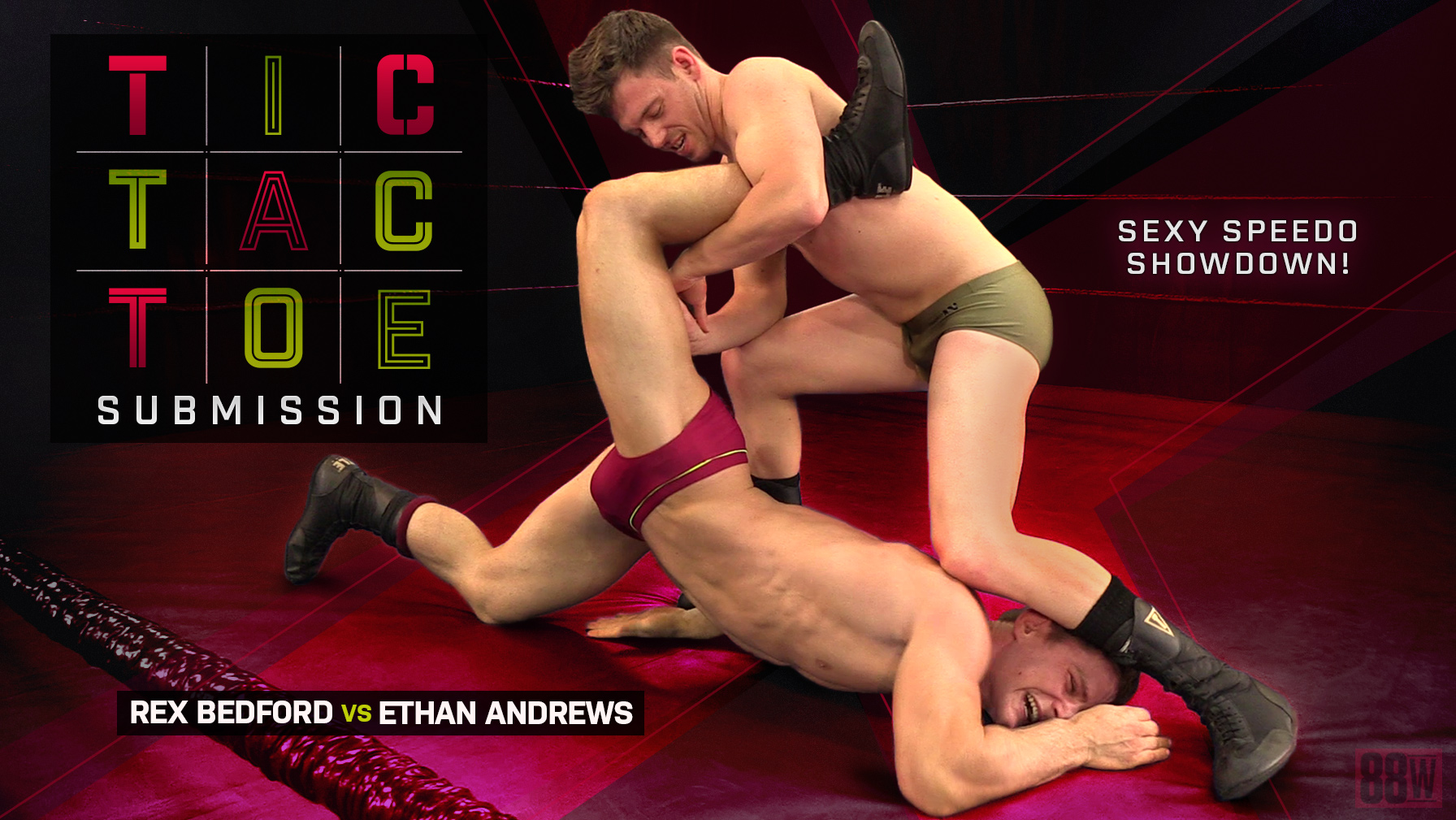 The wrestling gods have smiled on us today with this 35-minute marathon gem of a matchup! Rex Bedford vs Ethan Andrews, two of the most outstanding wrestlers in the business so it doesn’t get much better than this! Both of these guys have their eyes set on a destination that includes a shot at teen muscle phenom Tito and his King of the Ring Belt. This match could go a long way in determining which of these warriors arrives at that destination first. Rex is pound for pound one of the strongest and toughest wrestlers on the roster, and when you add his MMA skills to the resume he’s very difficult to beat. Ethan demonstrates an uncanny ability to take out almost any opponent with his endless arsenal of holds, and has proven himself to be a muscle boy destroyer. Both guys are decked out in sexy speedos and black boots while Rex describes the terms of this encounter. Essentially, whoever wins 3 ‘X’s’ in a row extinguishes his opponent. The action gets off to a fierce start and never slows down. The sweat builds then drips from their racy bodies as nearly every hold imaginable is applied on their opponent. All the thrilling, intriguing, non-stop action comes to a stunning ending that has you wanting even more! Will clever cage fighter Rex be able to out-think and out-maneuver sinister street punk Ethan in a pivotal game of Tic Tac Toe Submission?