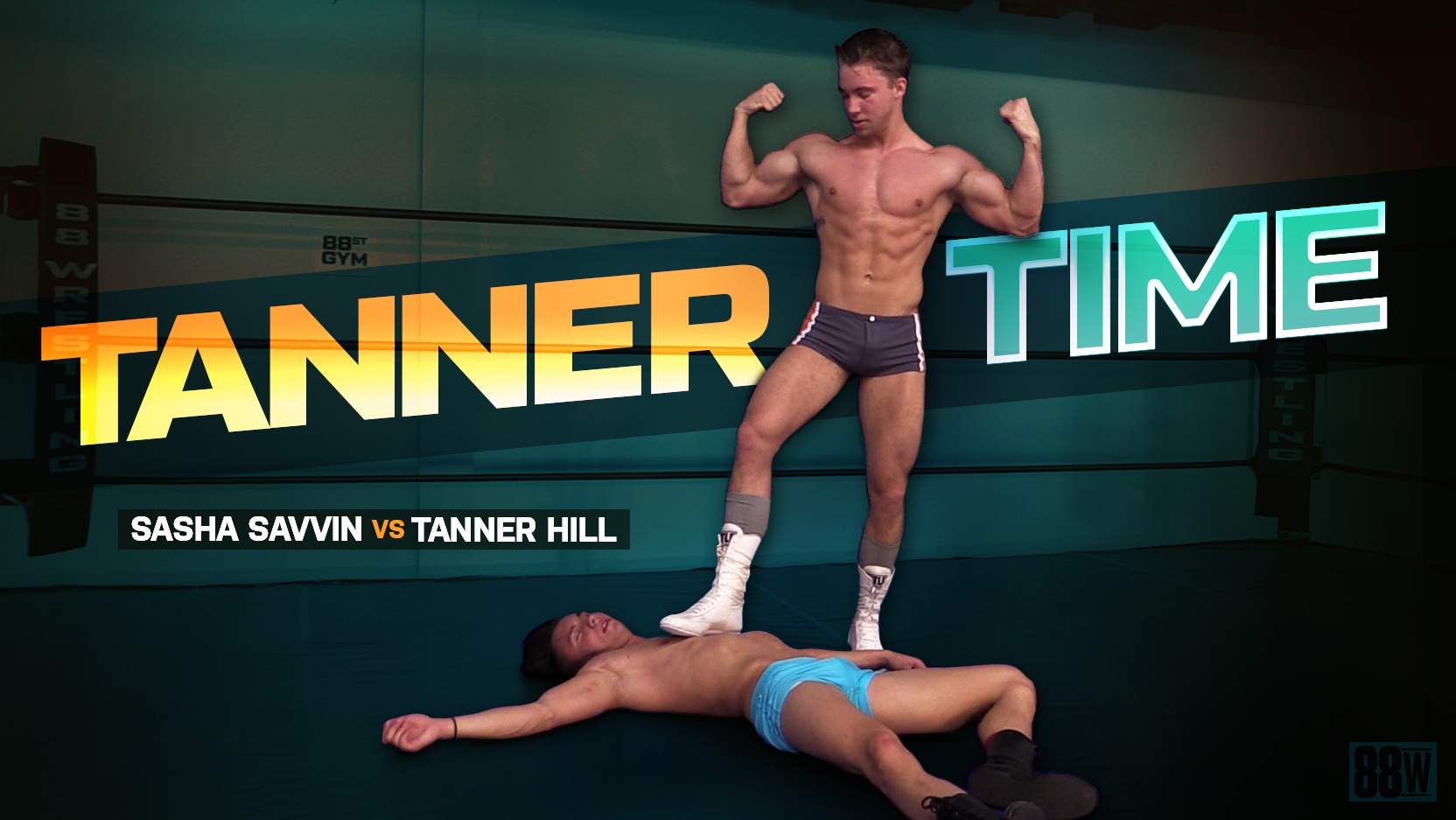 Tanner Hill’s star continues to shine brighter in the world of underground wrestling. He’s got a phenomenal physique, he’s gained valuable experience in the ring, and his confidence continues to grow. He’s no longer concerned about who he steps into the ring with, but instead how he’s going to destroy his opponent. Today, he’s stepping in to square off against superteen showoff Sasha Savvin. This fiery teen sure knows how to trash talk with the best of them and has an appealing aesthetic look that’s gained him fame in the fitness world. At this point, his style is more of a street fighter than a wrestler so he’s not afraid to get down in the mud if needed. As the wrestlers come out and size each other up the trash talking begins. Tanner asks ‘why are you here’ so Sasha tells him ‘I’m going to show you who’s boss around here’. Tanner suckers the rookie with a fake handshake then hoists him up only to slam him down. The fitness fanatic continues with the control with a series of body slams, power moves, and rough stuff shoving his boot into the rookie’s face. Sasha doesn’t take to kindly to that and explodes on the muscle boy with his own style of punishment. He stretches and pounds on Tanner’s hot body and throws in a painful crotch split for good measure. Both guys exhibit a vast variety of holds throughout the match applying surfboards, bearhugs, camel clutches, boston crabs, a rear naked choke, and plenty of muscle flexing. This thriller goes the distance as one of them becomes the victim of an Instagram post they won’t be proud of! Will the rising star Tanner shine or does Sasha the showoff gain some much needed respect?