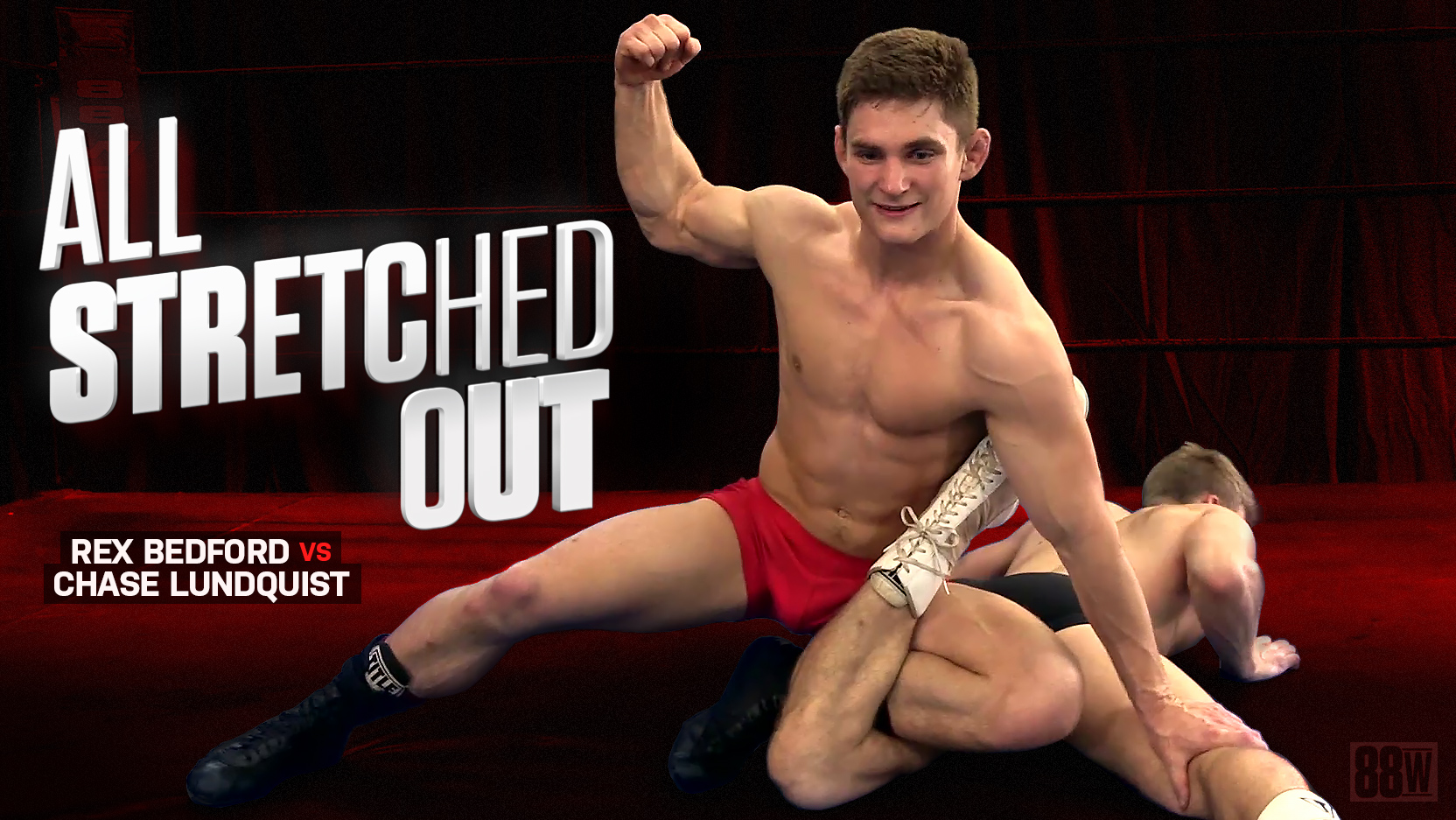 It’s been more than 2 years since Rex Bedford has been inside a wrestling ring, but that doesn’t mean he hasn’t wanted to climb back into the ring both for his fans and to show how he’s improved. He keeps himself in prime shape year round, and over the last few years has gained more self confidence in his abilities to compete in combat sports. In this, his debut match for 88W, he faces off against the hot, blond stud Chase Lundquist who came within a whisker of making it to the KOTR Finals. Both of these wrestler’s perfectly muscled bodies are ripped to the max and ready for battle. Rex immediately voices his concerns over Chase’s beard as the two circle the ring and size each other up. Rex starts aggressive with a swift knee to the underwear model’s prized 8-pack, scores with a suplex, and connects with a boot to the blonde’s midsection. You quickly see Rex is much more aggressive in the ring. Chase comes back by lacing the MMA fighter’s muscles through the ropes in a back breaking surfboard. Both of these guys get their time to shine in the match by executing and applying a variety of MMA holds, standing wishbones, ab bashing, surfboards, all mixed in with tons of stretching holds that push each to their limit. The match is a full 27 minutes and isn’t determined until the last round.  There’s plenty of sweaty, hard muscle on display as the winner flexes his swole biceps while declaring victory!