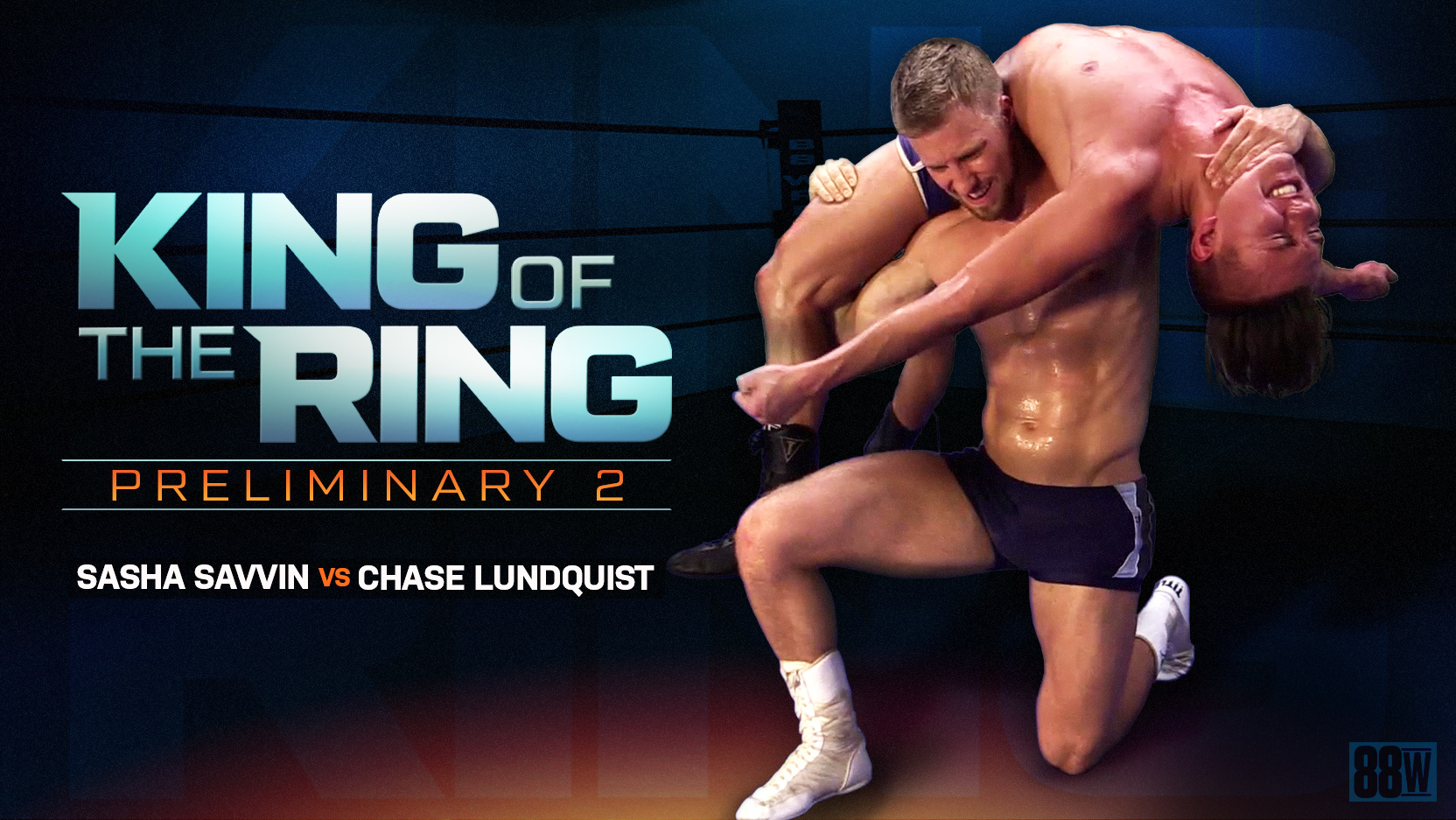 Internet fitness sensation Sasha Savvin had a rough rookie debut vs ring veteran and King of the Ring front runner Dash. His moves were as effective as a mosquito bite on a rhino! But the highly aesthetic 145 pound Russian grappler is more evenly matched this time around with equally raw newcomer Chase Lundquist, whose still outweighs the smaller Sasha by some twenty five pounds. The chiseled underwear model Chase uses a collection of power moves to punish Sasha early, highlighted by an all-out assault on his back. These vertebra adjusting maneuvers are clearly designed to weaken Sasha and demoralize his spirit. But Sasha fights gamely on, inflicting some serious damage of his own to Chase’s lumbar region. Sasha also scores big with a perfectly executed camel clutch from his improving arsenal of holds. Which rookie slips up first and pays the ultimate price of a disheartening final round submission that also knocks him out of contention for the crown. Plenty of muscle flexing, straining, and back and forth action in this match!