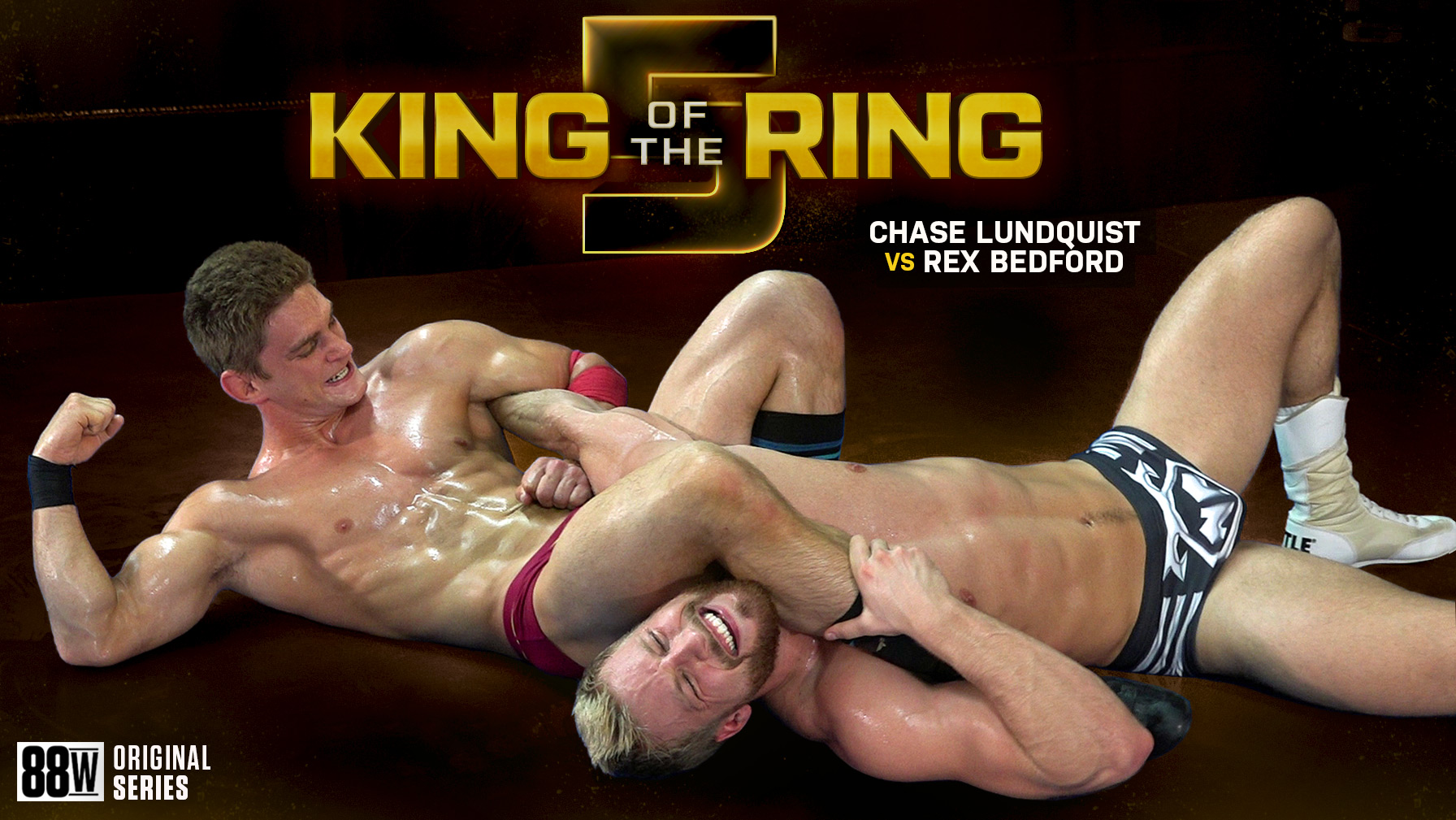 Wow! You have been looking forward to this match! It’s the 5th installment in 88W’s Original Series King of the Ring. It doesn’t get much better than watching these two studs in a ring battling for the belt as their spectacular muscles become drenched in sweat. On one side is the reigning king Rex Bedford, a prolific cage fighter and wrestler who won the title back in KOTR 2 as that match against Ethan came down to the wire to crown the winner. In KOTR 3, Jett stepped into the ring in an attempt to claim the belt, but when the action started to go wrong his buddy stepped in and the action went wild. Rex took a hefty beating but he hung onto the belt because of a disqualification. Next up was the bigger Dash in KOTR 4. Well, with Rex still reeling from what happened against Jett and Cody, the reigning champ was locked and loaded for this title defense. Dash really didn’t have a chance in this one. Which brings us to today. Chase Lundquist stands in the ring sporting a grey and white speedo that amplifies his fine aesthetic fitness body. Every muscle defined and popping out of his gear. Rex climbs confidently into the ring in his signature burgundy speedo and of course, the belt draped over his own brilliant built body. The two exchange some small talk before Rex shows he’s here to take care of business by smashing the belt into his opponent’s face. Chase is able to recover and then starts out a little cocky, even a little nasty but can he finish this way? This championship bout goes the distance and ends with a tantalizing big finish you won’t want to miss!