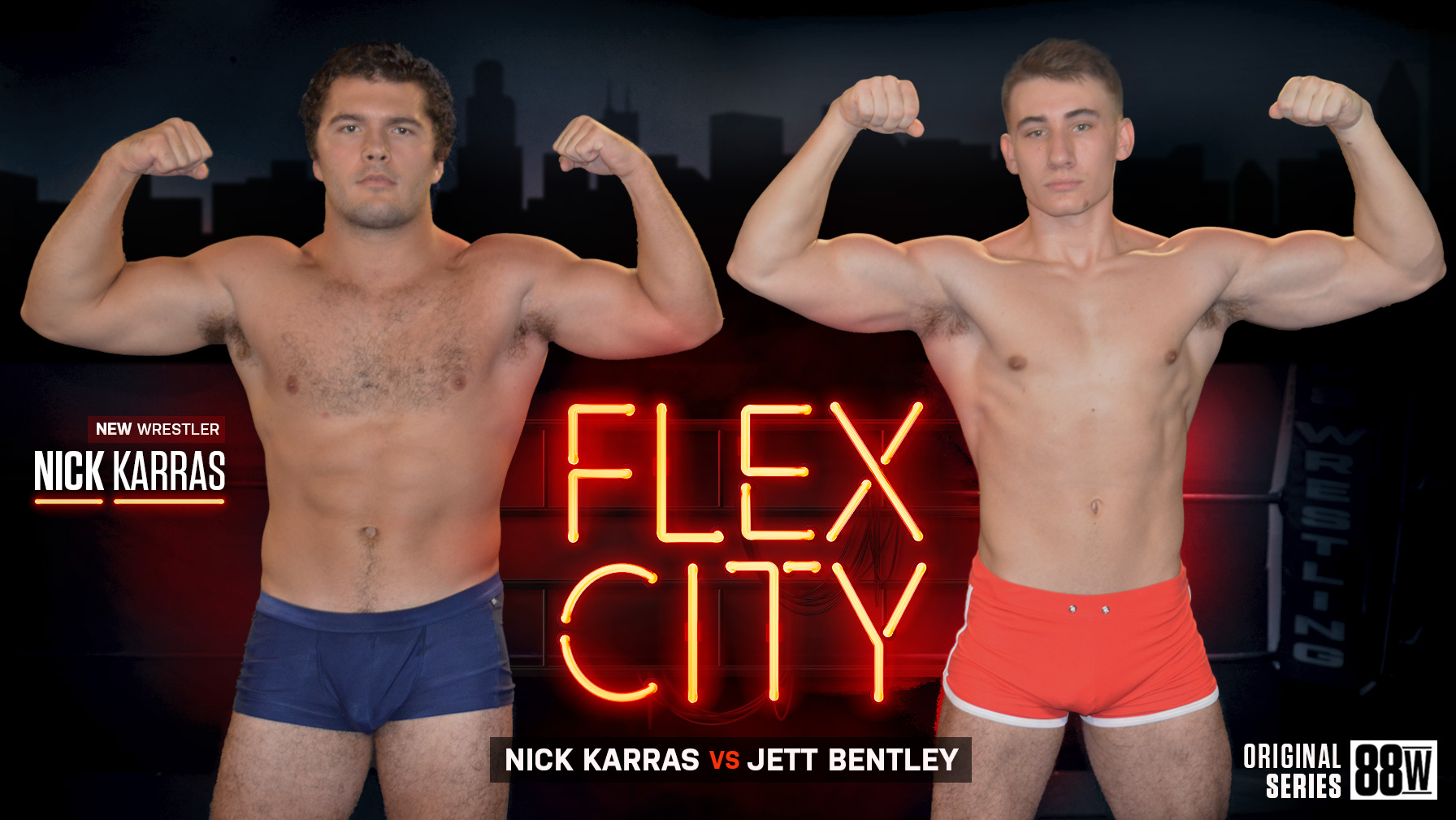 There are lots of muscleboys on the 88W roster and all of them want a shot at claiming the supreme prize of owning Flex City! This match is the fourth installment of our Original Series Flex City, which has quickly become a popular fan favorite. The first episode featured two of the finest muscleboys on the roster, Rex Bedford and Tanner Hill. That one came down to the wire with sexy Rex claiming the keys to Flex City. In the last edition Jett faced off against the more experienced Dash and it didn’t quite go the way he was hoping. That brings us to this muscle filled match today, the fourth edition in this series. Today Jett Bentley thinks he’s got a very good chance of owning Flex City, and taking another step to a rematch with Rex for the KOTR title. His opponent is a rookie by the name of Nick Karras. Nick comes to 88W after a very successful amateur Greco wrestling career and a hot, sultry physique. Nick enters the ring with his imposing stalky body and a determination to win, while the fan favorite gym freak climbs through the ropes flaunting his incredibly appealing aesthetic physique. The boys immediately get down to business with Jett taking control with a quick scoop slam and leg scissors, catching Nick by surprise. He follows up with a tight camel clutch, flexing his delicious bicep while Nick is arched in agony. Jett’s off to an impressive start and in full control of the stunned rookie. The sweat quickly builds on the bods of each stud as they fight to own the supreme prize! Will Nick shoot down the high flying Jett, or does the gym freak take the bite out of Nick the bulldog? The winner stands above posing his stunning muscles over a sweat soaked beaten opponent?