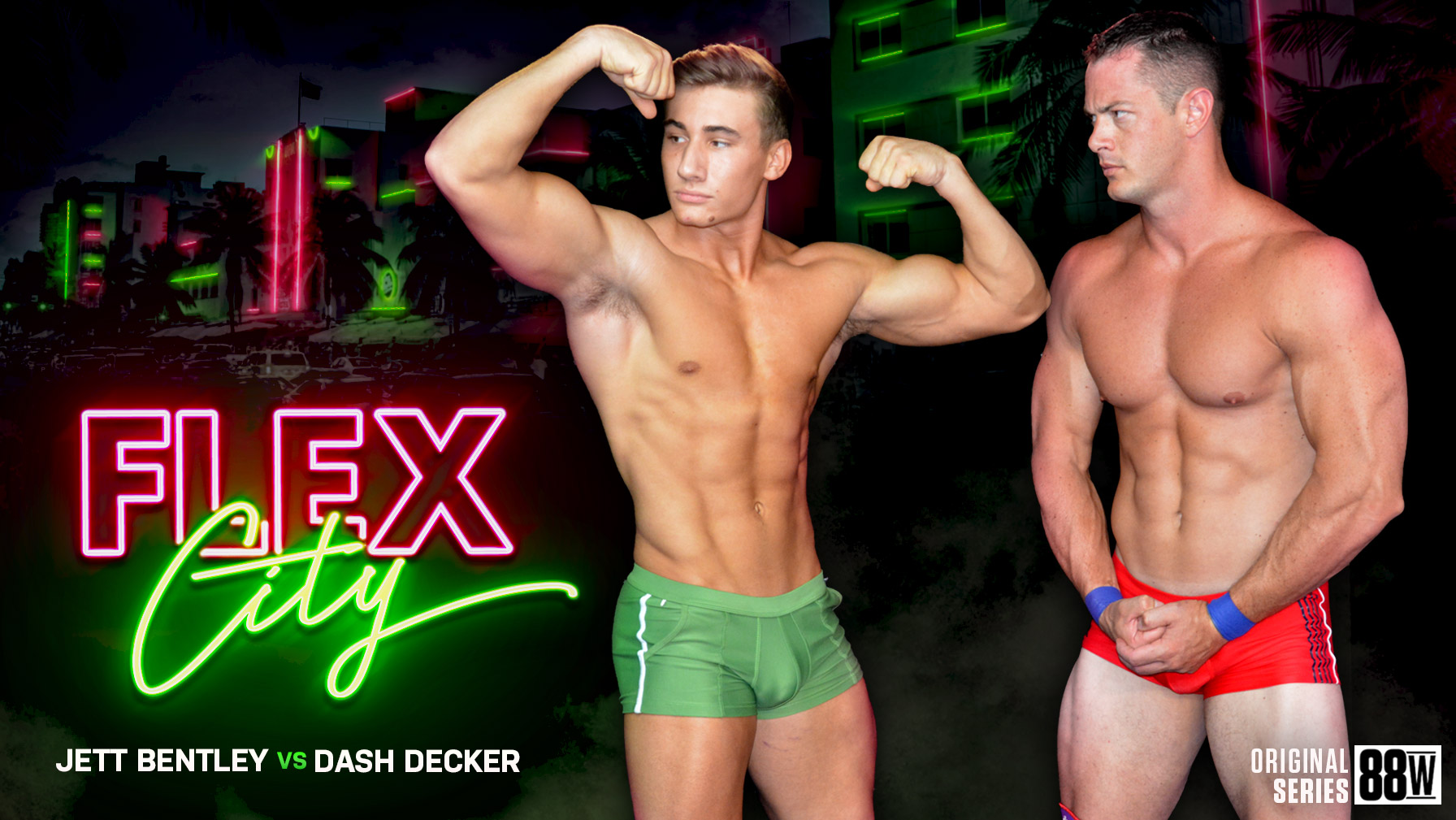 In this episode of 88W’s original series Flex City, you’re treated to nearly 400 pounds of pure muscle in the ring. Two of the best muscleboys in all of underground wrestling! Jett Bentley is back, and bigger and better than ever. He’s added 20 pounds of salacious muscle to his sensational physique. Plus, he’s been working on adding a collection of holds to his wrestling skills. He returns with his eye on challenging for the KOTR belt. His opponent, Dash Decker, is slightly bigger by about 15-20 pounds and more experienced in the ring. In some ways, this match sets up as a youth vs veteran match. Who are you rooting for?! As in every Flex City match, it begins with a muscle pose off. Jett flashes his ripped, ripe new muscles in the middle of the ring, proud of his shredz and aesthetics. Dash also flexes his hot bod and doesn’t seem overly impressed with Jett’s show. A battle of the biceps ensues between the two studs, both measuring their opponents inspiring arms. Jett flexes first, his peaked bicep nearly pops out of his skin and Dash calls it as a 15 ½ inch bicep, even though in reality it’s an impressive solid 16 inches. This is typical Dash up to his dirty tricks and trying to get into the gym freak’s head. Jett wraps the tape measure around Dash’s fantastic flexed bicep and calls it at 16 inches. The reality is both studs ripped biceps measure an impressive 16 inches! This match goes 30 minutes and a full 3 rounds with never-ending flexing! The sweat begins to build almost instantly as both hot muscleboys take their turns beating up on one another throughout this entire compelling contest! The winner isn’t decided until the final seconds, then flexes his muscles one last time as he rules Flex City this day!