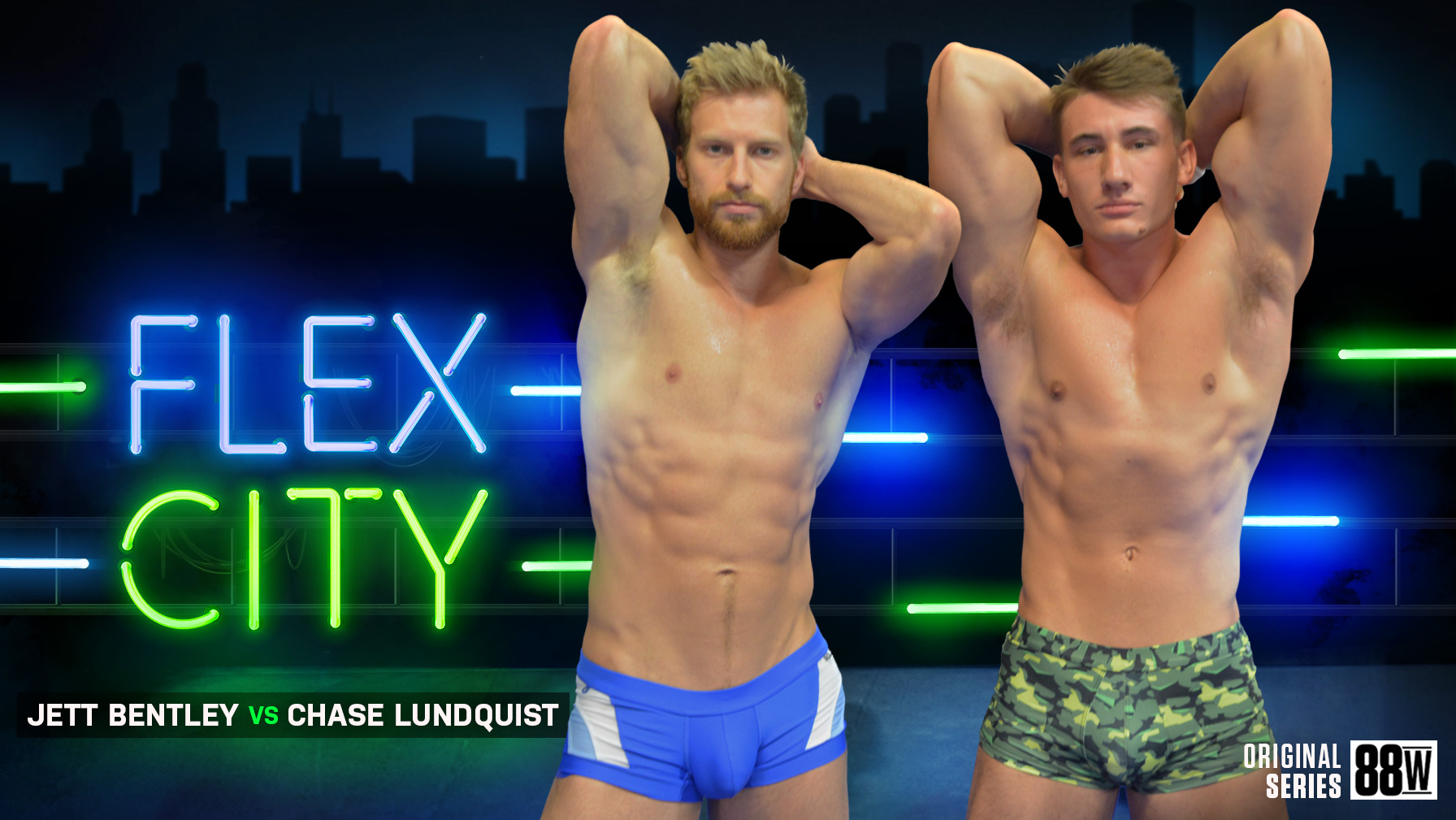 Jett Bentley has been looking forward to this match! He badly wants to extract some revenge from what he thinks is an inferior opponent. You see, Chase Lundquist and Jett have faced off in the ring in three prior matches, and unfortunately for Jett, he’s been on the losing end for all of those matches. His first encounter with Chase was in a 3-way when Jett was a young rookie and Chase and Chad double-teamed the newbie to toss him out of the ring first. He then tangled with Chase in a Muscle Model Misery singles match that saw Chase flexing and raising his hand in victory, and most recently he encountered Chase in a Muscleville match that didn’t end how he thought it would. Today the two super hot studs climb into the ring to face off for who will rule Flex City! Both of these wrestlers have bodies hotter than a match head, Jett with his smooth, tan big bodybuilder muscles and Chase with his perfect all-aesthetic physique. Jett feels confident coming into this match, he’s added even more mouth-watering muscles and now has a size advantage over the swimwear model. But Chase has been on a roll lately, he’s also added some size and disposed of Drew and Blake in recent matches and also was a big factor for Team Dash/Chase to defeat Team Ethan/Jett in their recent Muscleville tag team match. Both wrestlers couldn’t look any hotter in their gear and are eager to have a pose off in the ring. Chase claims he has a VIP pass to Flex City as they compare muscles, with Jett just laughing that off. You can decide who wins the hot sexy pose off, but these studs will decide who rulez Flex City!  Both super studs double down on the flexing and intimidation during this spectacular match, with non-stop action and sweat pouring off their glorious muscles. Will the gym freak Jett flex, intimidate, and dominate his menace into submission? Or will model Chase out-flex and out-wrestle the bigger muscleboy once again. It’s not until the last minute that one of these super hot studs flexes his magnificent muscles in celebration of owning Flex City this day!