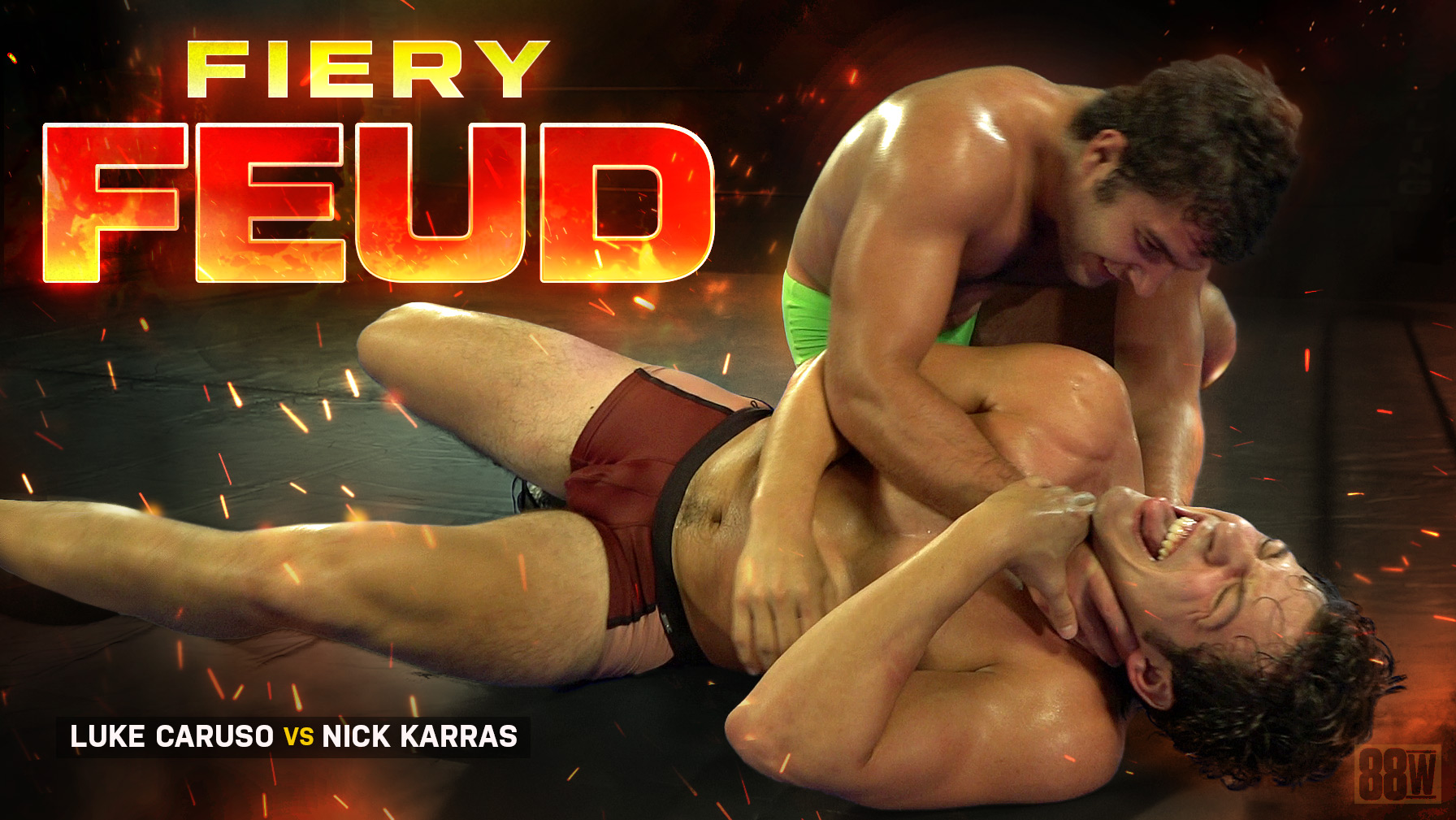 These two guys couldn’t wait to climb into the ring and settle a score. Both Luke Caruso and Nick Karras run around in the same circle of friends, and it’s no surprise that Nick is the more popular one while Luke thinks he always needs to prove himself. Growing up you probably had similar friends in your circle. Nick is the bigger of the two and was a successful amateur wrestler, while Luke is a bit more daring and has horsed around with friends wrestling at the beach or in the basement. Both guys are in their corners starring each other down, Luke looking to show he has the fortitude and fight that qualifies him in this group of buddies while Nick wants to put his buddy in place and establish himself as one of the top dogs. Round 1 begins and Nick is on the offensive. He suplexes Luke to the mat and starts to inflict punishment with a reverse headlock, a double chicken wing, then a tight painful armbar. Luke isn’t intimidated and gets to his feet, drives the bigger Nick to the ropes, and begins choking him over the top rope. The hot action continues, and after about a gallon of sweat and close to exhaustion, the winner applies a painful, excruciating submission hold while the looser lays in agony in a provoking hometown showdown.