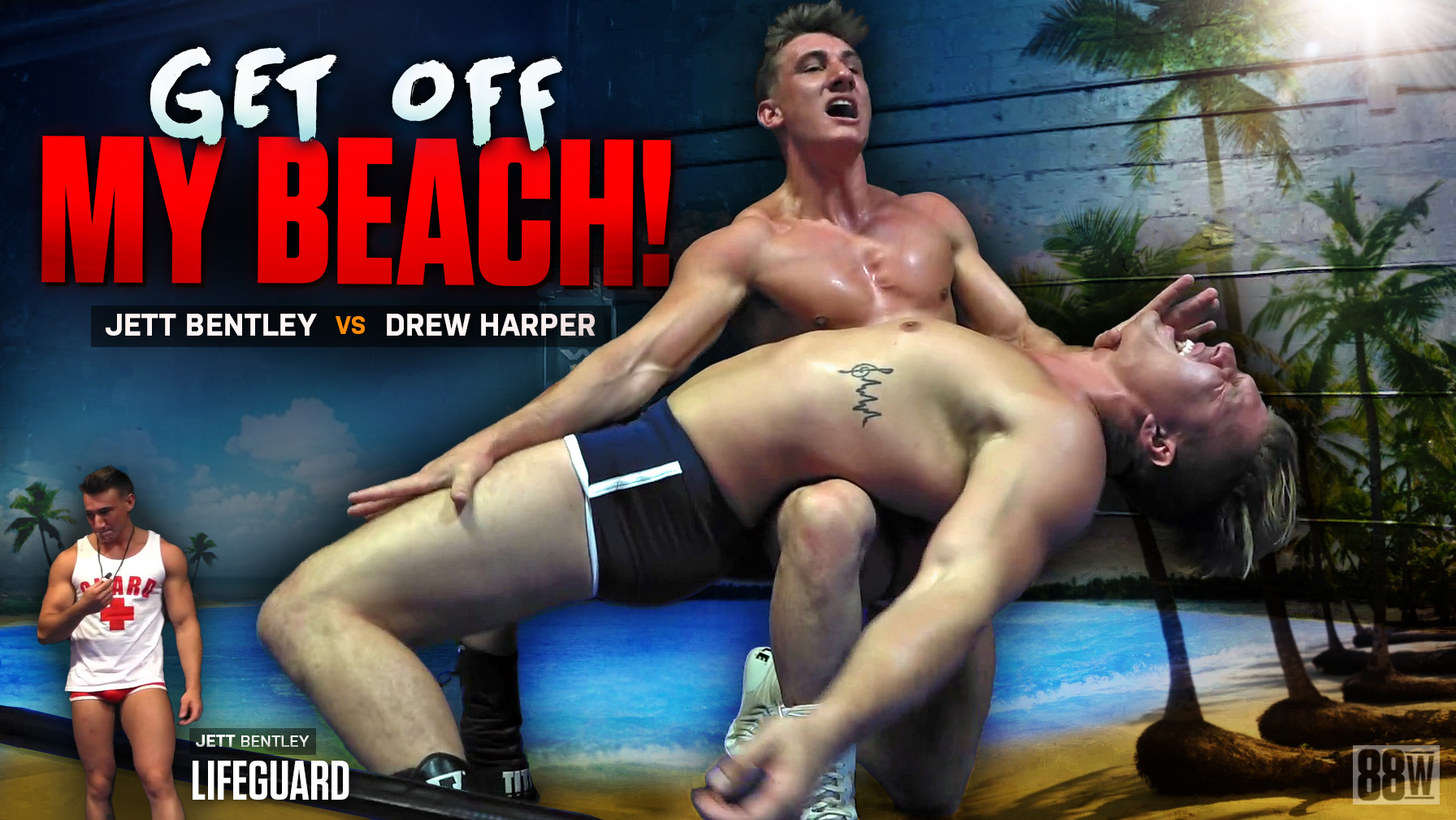 What better way to kick off a splendid summer than with a battle for the beach! Perhaps you’re taking a beach vacation this year, and if not imagine that you will. Just think what it would be like if you are sunbathing on a hot beach and you look up and see Jett Bentley as your lifeguard? He’s standing on the lifeguard tower in his red trunks, white tank top, and his whistle watching over a crowded white sandy beach brushing up against clear blue waters. He peels his tank top off his totally hot sun-drenched body to unveil his incredible biceps, thick pecs, ripped abs, and a muscular broad back. He commands safety and security with his whistle when he’s on duty. As the sun begins to set and most of the crowd gone for the day, Jett comes upon one blonde-haired surfer dude, Drew Harper, that is passed out and sleeping. He blows his whistle to wake the dude up, tells him the beach is closed and orders him to leave. The dude says he isn’t leaving because there’s still sun in the sky and he’s working on his tan. As part of his responsibility, Jett is determined to get him off his beach and persists with blowing his whistle, pulls the surfer up to his feet, and insists he’s got to go. The blonde surfer boy continues to resist which leads to a fracas on the beach. Jett’s strong fight skills kick in and he forces the surfer dude down to the ground with a reverse headlock, painfully stretches him out, then places him in a back breaking camel clutch. This lifeguard means business but this dude just doesn’t want to leave and fights back. Does the drop-dead gorgeous lifeguard throw this character off his beach? Or will the bigger blonde surfer dude get his way? In the end, the sweat-drenched winner proudly poses over an exhausted and choked-out loser.