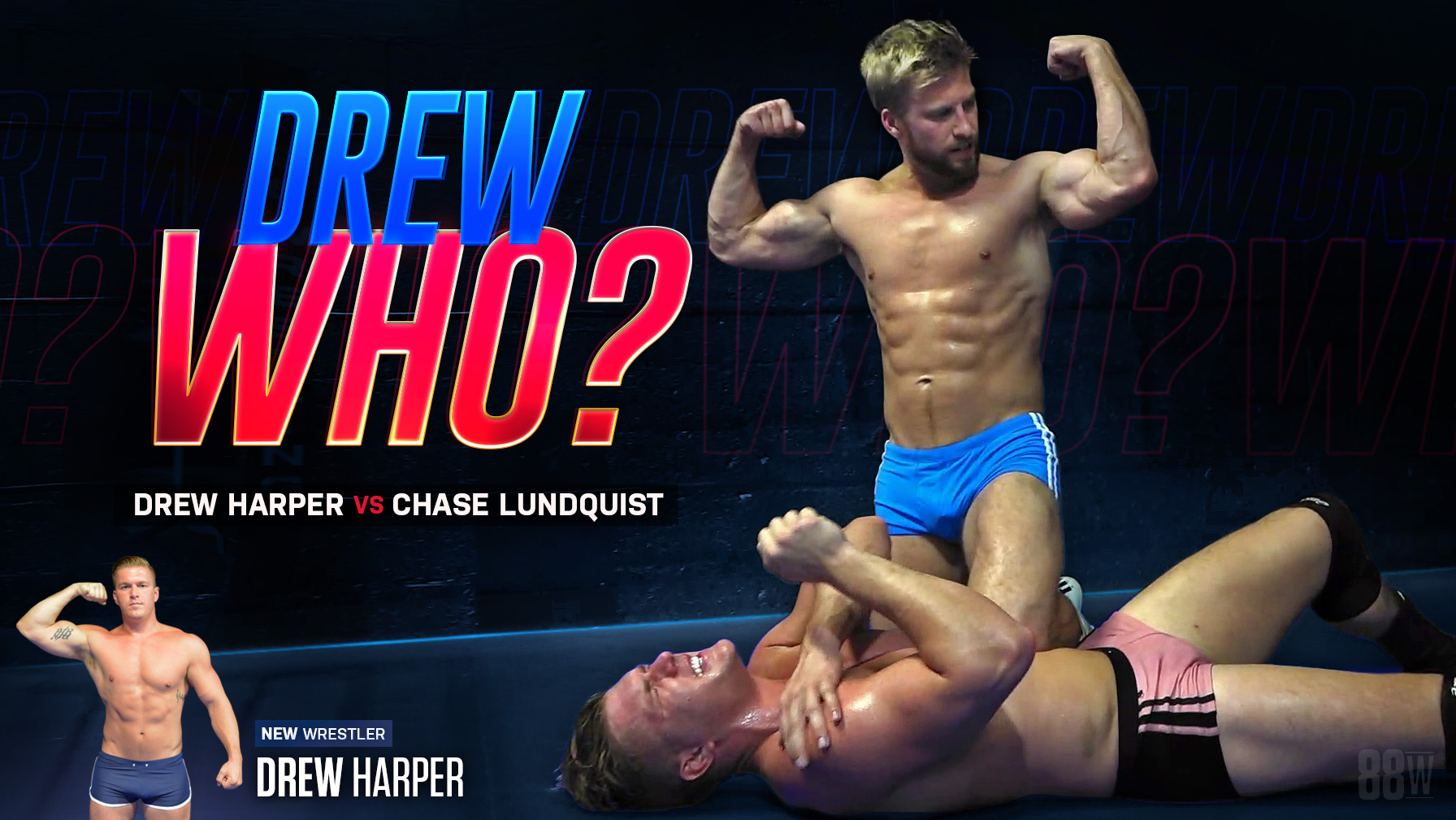 This will be an intriguing and interesting match today! There’s a little bit of something old and a little bit of something new! For Drew Harper, he steps into the 88W ring for the very first time, not quite knowing what to expect. But for Chase Lundquist this is like home to him, his very first match was in the 88W ring. These two wrestlers also bring very different styles and physiques to the ring. Drew is bigger, has a 30-pound advantage, and specializes in power moves. Chase is ripped, incredibly aesthetic, and likes to take the action to the mat. Chase stands confidently in his corner, staring across the ring at his opponent and wonders who the hell is this guy and why do I care? Drew seems a little nervous and unsure coming out of his corner. The guys circle each other and the trash talking begins, Chase asks who do we have here and Drew tells him he’s ‘the new guy, Drew Harper. Chase snaps back yeah I definitely never heard of you. They lock up in a test of strength and Chase outsmarts the big guy with a slick move and following it with a suplex. He lifts Drew up to his feet, whips him into the turnbuckle then tosses him with another suplex which has Drew bouncing across the mat.  Drew fights back with powerful bearhugs, pounds on Chase’s shredded abs, and inflicts pain with a torturous Boston crab while giving a flex to his fans. Chase adds insult by never acknowledging Drew’s name throughout the course of the match. The non-stop competitive action continues for all three rounds before an exhausted winner snatches a surprise victory in the final minutes of an amazing match!