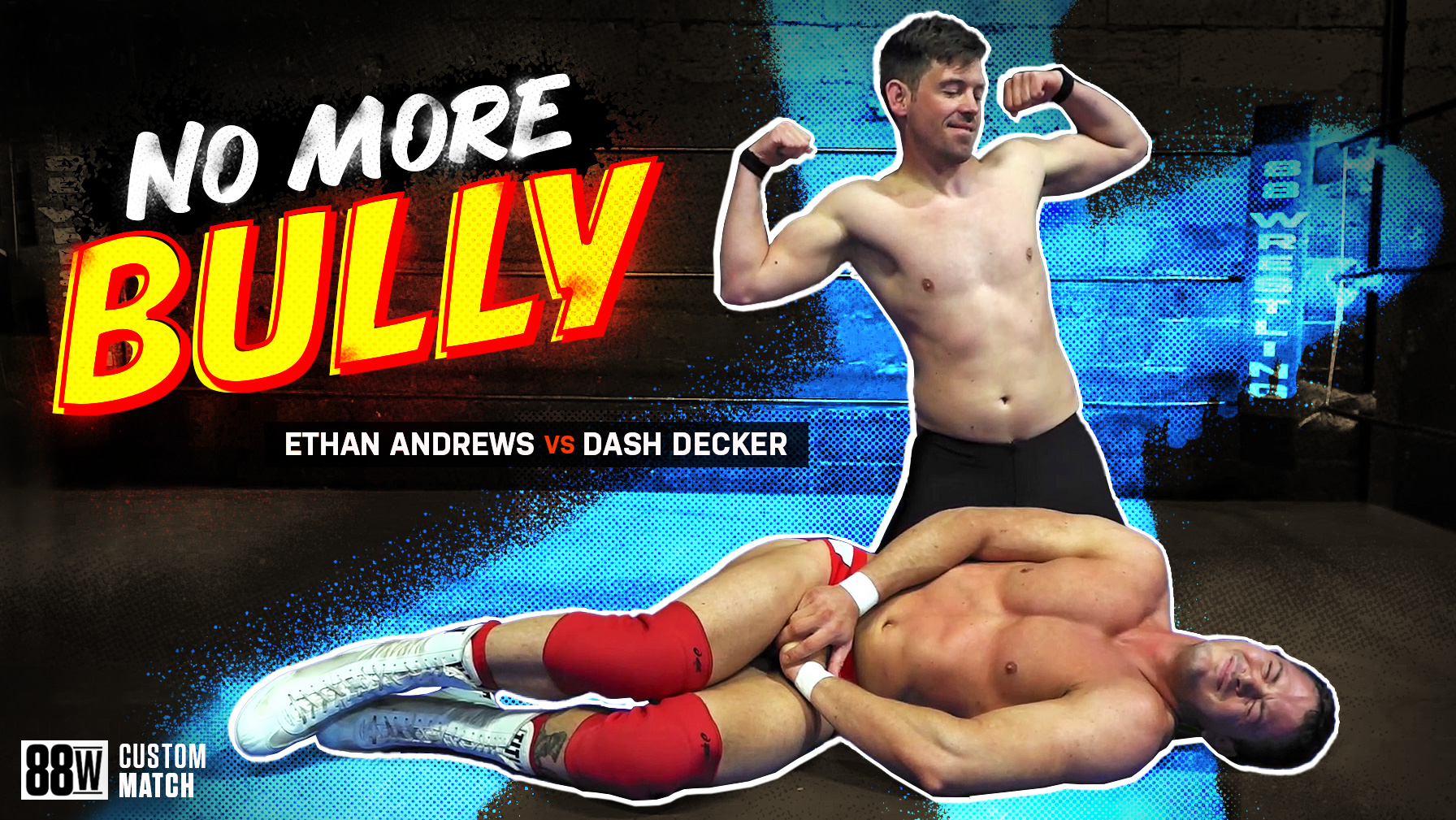 It’s an early hot morning so Dash Decker wants to get his workout in before his match and the sun begins to sear the heat in the 88W Gym. He likes the pump he got so starts flexing his ripped muscles in front of the mirror. He looks good and he knows it! He climbs into the ring and continues to flex and admire himself. And like most days, he feels incredible and unbeatable. Him and his opponent have had a love-hate relationship through the years and have already battled each other twice in singles matches and recently in a tag team match. Ethan Andrews kicked the big boy’s ass in the two awesome singles matches but Dash got a little revenge in the recent Muscleville match. In this match up The Chosen One wants to bully the smaller Ethan with his muscles, strength, and arrogance, while the Punisher’s strategy is to joke, prank, and trick in order to get inside the muscleboy’s head to prove again he’s the superior wrestler. Ethan, sneaks into the ring and begins to mimic Dash’s precious posing from behind. Ethan begins the trash-talking saying ‘that was comedy gold right there’ with Dash zinging back saying ‘looking at you is comedy gold, skinny, white, and pale’. That sets the tone for the match. First Ethan challenges the big boy to an arm wrestling match, and defying the probability he wins! Dash is stunned and begins throwing Ethan around the ring and hoisting him high in the air with his ripped massive arms. Ethan reverses the momentum using a few tricks and attacks every mighty muscle on The Chosen One’s incredibly hot physique. The compelling action goes back and forth for over 35 minutes and the full 3 rounds that include low blows, stomps to the crotch, choke holds, and pin falls. Will the arrogant big bully put the punk in his place on the school playground? Or does the sneaky joker have a special surprise for the menace bully?

*This match is from our Gold Label Custom Match Series, many thanks to our customer who ordered this incredible match.