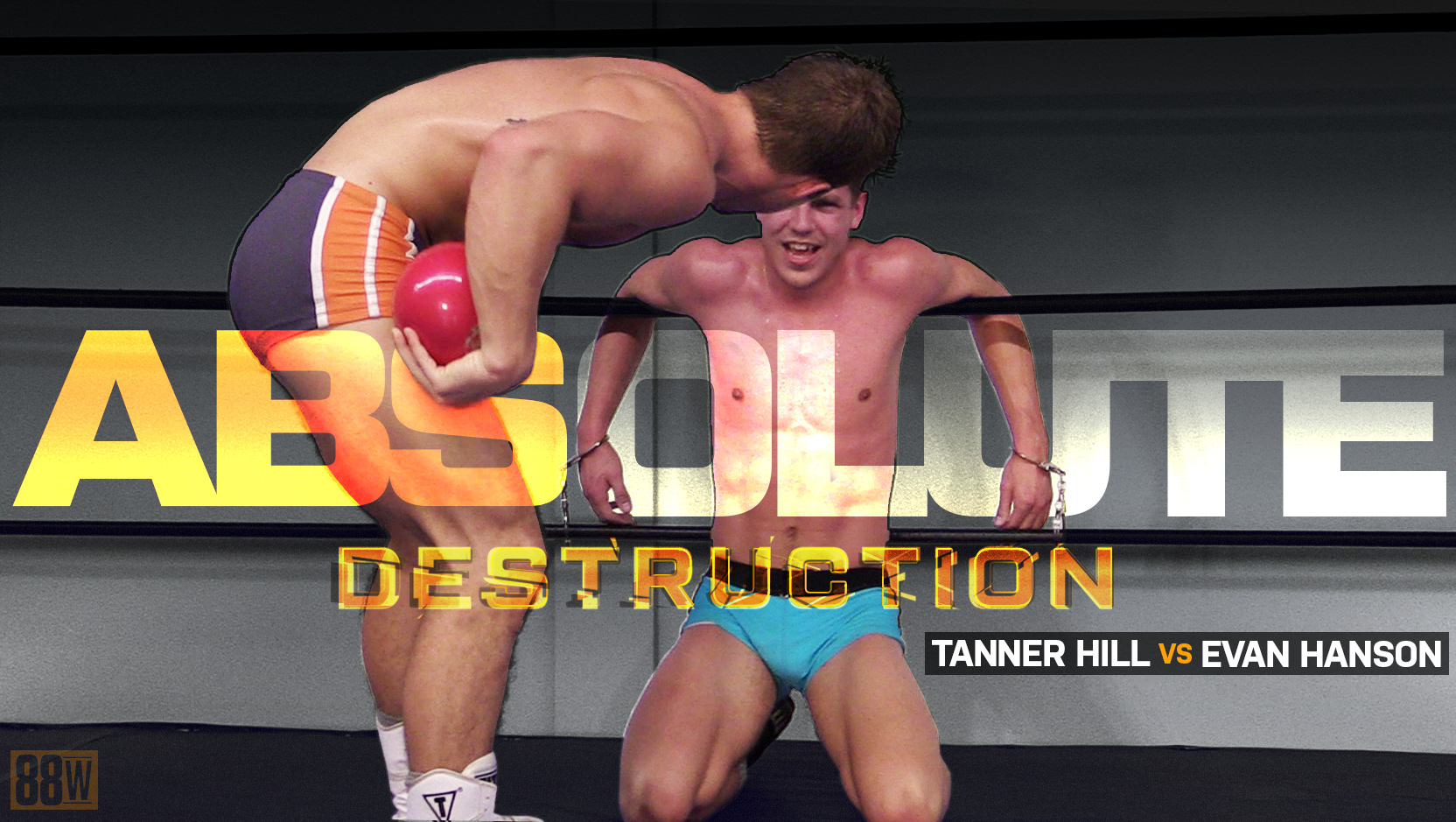 If you think Tanner Hill wasn’t happy before his last match, you can bet he’s borderline outraged going into this match. Dash got the best of him in his last contest, and that’s no way to try to climb back into contention for a future King of the Ring match. The fitness fanatic is already in the ring pumping out a core workout, as his opponent Evan Hanson flies into the ring like a bolt of lightning. He’s pumped and excited to get this action going. And who can blame him, he was eliminated in the first round of the current KOTR tournament, and that’s no way to kick off one’s career. The rookie immediately takes the control dropping a flying elbow into Tanner’s prized abs. He drives his knee into Tanner’s mid-section that floors the teen bodybuilder. Both of these guys have amazing six-packs, and the match quickly turns into a contest of who can destroy the other’s abs first? There’s ab punching, ab bashing, ab stretching, and ab stomping, both guys on a mission to prove who has the best set of abs. The rising star and the rookie also exchange several nasty low blows just to add discomfort to misery. And when you see Tanner stick his foot up Evan’s ass you know he’s in it to win it. The action is back and forth, and very competitive, that is until Tanner pulls out the handcuffs. This is the beginning of the end for Evan. Tanner strings the rookie up in the ropes, has his way with him, and leaves him in an awful way. A must see match!