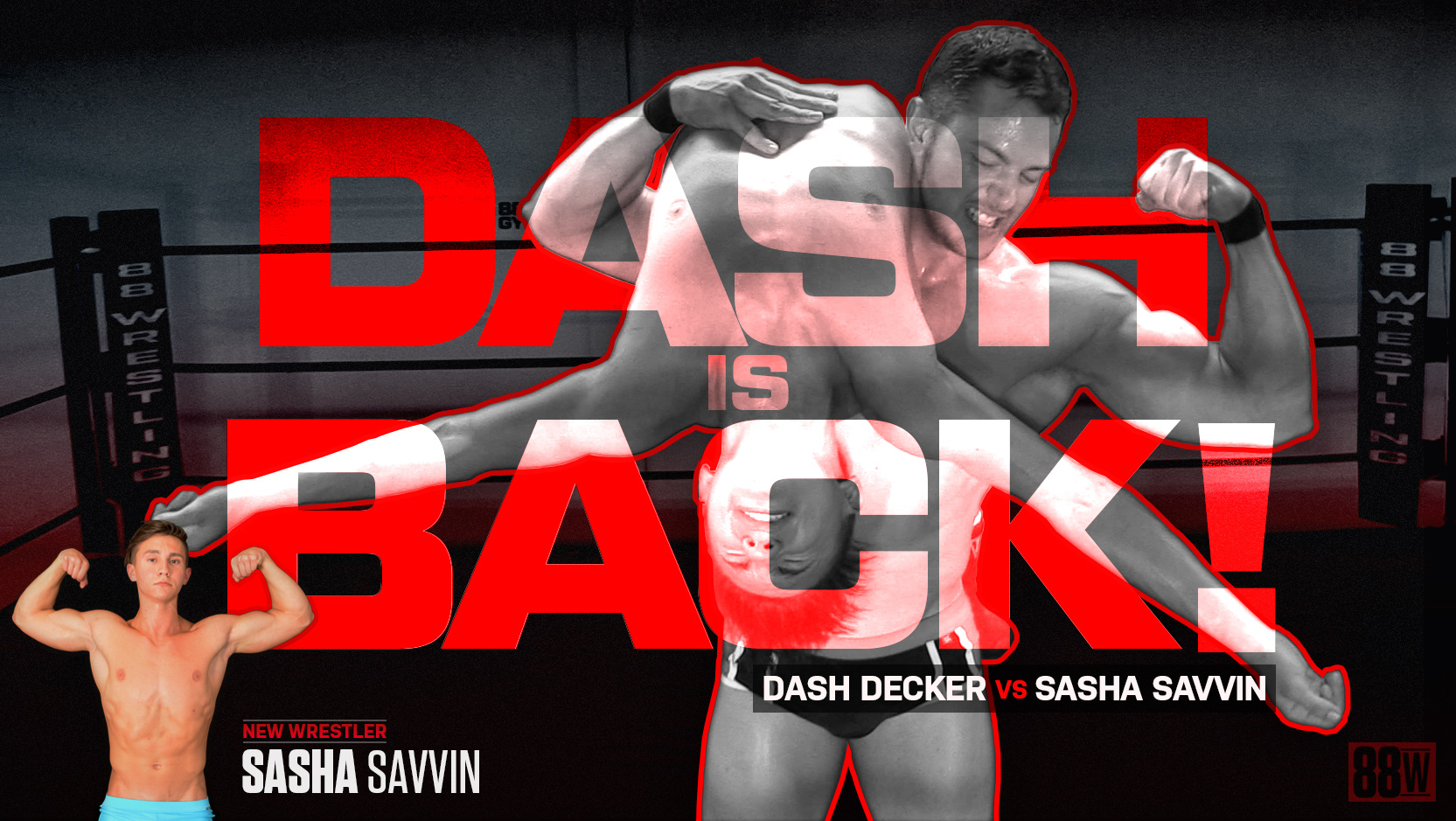 The world of fitness modeling and professional wrestling are two distinctly different domains. 18-yr old Sasha Savvin has been lighting up the former, where his boy-band good looks, flowing locks and ripped 145 lb frame have graced magazine covers/internet billboards, all the while drawing a legion of admiring fans. But posing for pretty pictures and climbing into the 88 Wrestling ring as one of the headliners for this debut match are worlds apart. World-class grappler Dash Decker was clearly NOT impressed with his much younger counterpart! The rugged 6′, 200 lb wrestling machine had nearly a 60 lb weight differential going for him. He dwarfed his much smaller opponent. There was an aura of resentment throughout that a wrestler of his caliber would be matched against a pretty-boy novice. There was plenty of smack talk from both sides throughout this match. But words can’t withstand devastating finishing moves. Putdowns aren’t the same as smackdowns! Does the novice Sasha have enough power to take out his more experienced counterpart? Or does Dash simply run rough shot over the Ukrainian superteen?