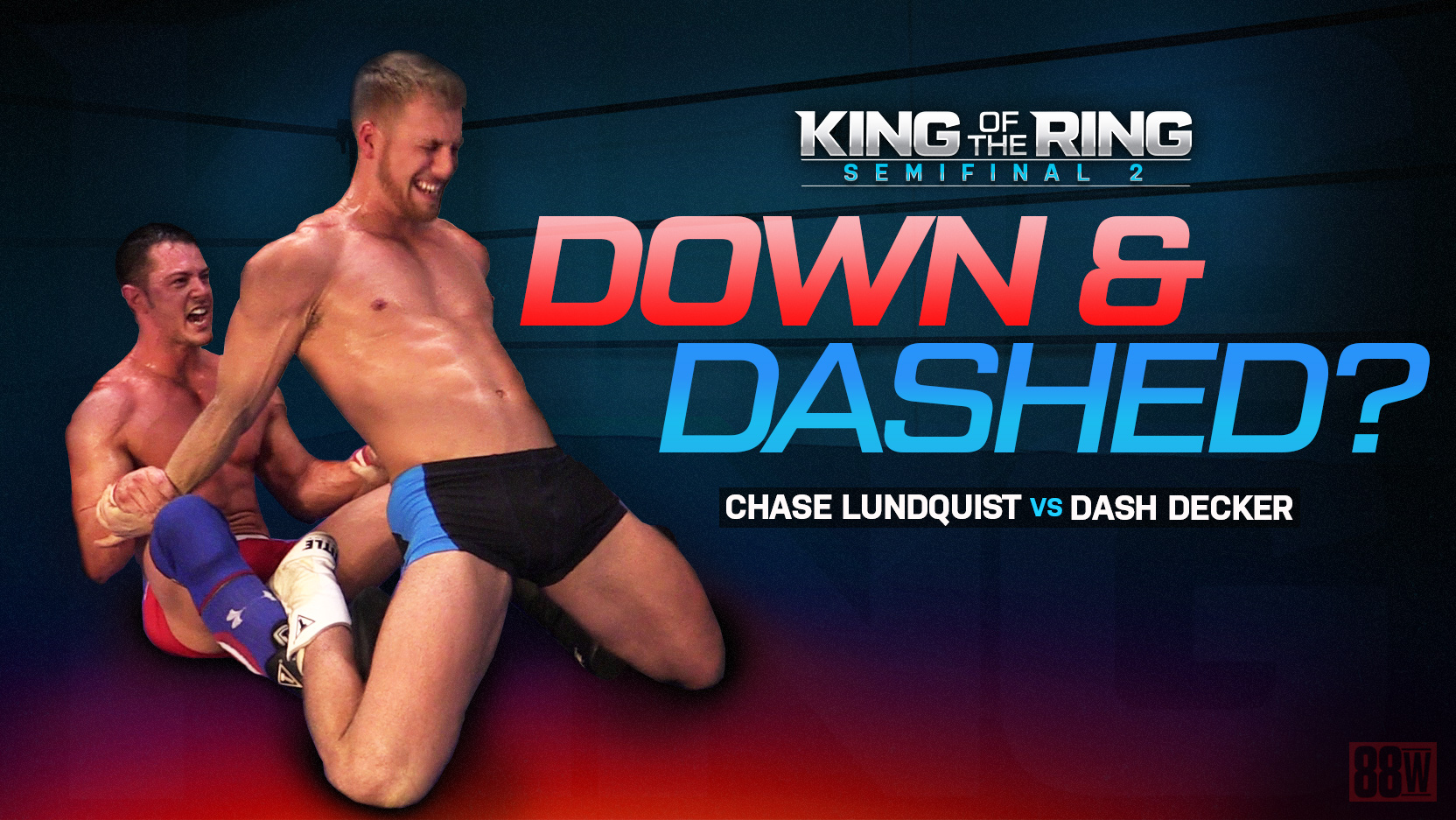 Dash Decker has his sights set on winning the KOTR Tournament but the sexy, seductive underwear model Chase Lundquist stands in his way. The Chosen One observed from afar Chase rack up a win in his preliminary match against the smaller showoff Sasha, but wasn’t impressed. Chase outweighed and outmuscled Sasha, but will not be able to do the same against the bigger and more experienced Dash. Both wrestlers shine with confidence in a pre-match interview, Dash with his expressive personality and Chase a no-nonsense message to his opponent. Once they’ve climbed into the ring, their eye-popping ripped muscles explode during an exciting flex off. Which makes you ponder, who has the best body? Surprisingly, Chase scores first with a sneak attack that has Dash floundering to escape a full nelson and then fighting to fend off the blond model’s all-out assault on his back and legs. But, it won’t be that easy to take out Dash, and he’s certainly not going down without a fight. Dash battles his way back using some rough house tactics and moves that the newbie model probably hasn’t seen before. This match is highly competitive, and it’s no wonder considering the stakes that are on the line, this is for an opportunity to wrestle for the King of the Ring title! Dash stretches Chase’s ripped body through the ropes and rides him into the mat with a flying bulldog, while Chase attacks his opponent’s legs by pulling them apart like a wishbone. But which wrestler will prevail? Can Dash impose his will on the model boy, or does Chase score a stunning upset and move onto the KOTR Finals?