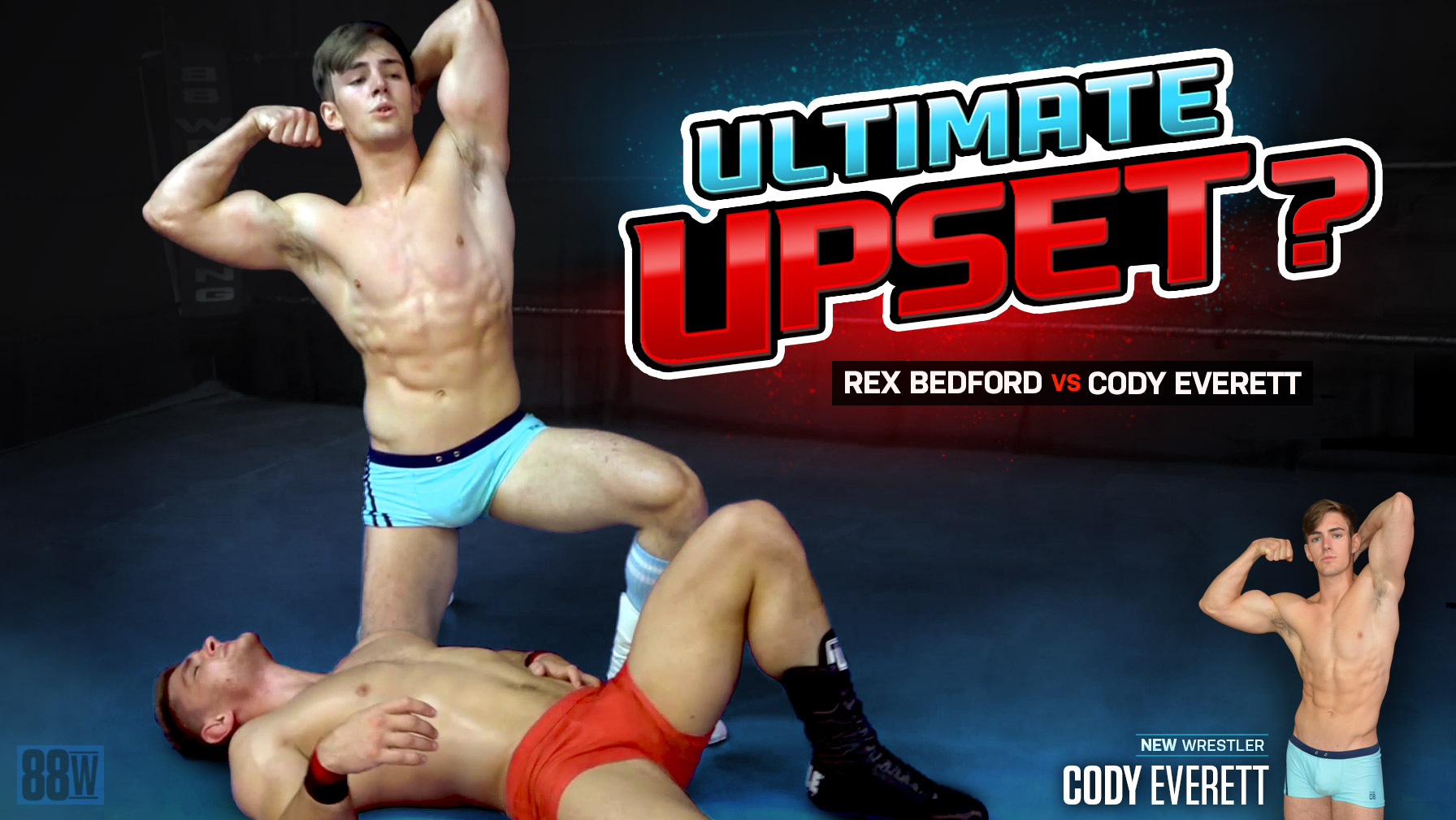 Today not only marks the debut of a fantastic and exclusive new wrestler on the 88W roster, but also a phenomenal match up! Cody Everett brings his trifecta to the ring; an outstanding teen physique, model looks, and a wealth of amateur wrestling achievements! His buddy Jett encouraged him to make the trip to sunny Florida knowing this kid has talent. Cody stands in his corner ready for this match and slowly peels his blue warm-up jacket off his hot bod to reveal he’s got it all; massive biceps, shredded abs, and huge quads all wrapped up in a sensational aesthetic physique. Some might say this rookie has looks as sweet as candy! Right away, you see it in his eyes he’s not intimidated by today’s opponent. He could care less Rex Bedford is the reigning King of the Ring, he’s focused on beating him down and taking him out. Meanwhile Rex seems incredulous that he’s even in the ring with a rookie! He almost seems amused by this match. They tie up to start the action with Rex gaining the early upper hand. He breaks the rookie in with some rope punishment, a back breaking boston crab, then bending him backwards in a test of strength. But the teen muscle stud is no pushover and he turns the tables with a speedy double leg takedown. His next move shows he means business, he shoves his boot hard into Rex’s crotch and the King doesn’t like that one bit. Will this rookie firecracker explode and pull off the ultimate upset in his debut match? Or, will Rex dispose of another one of the opponents in line trying to get a shot at his belt?