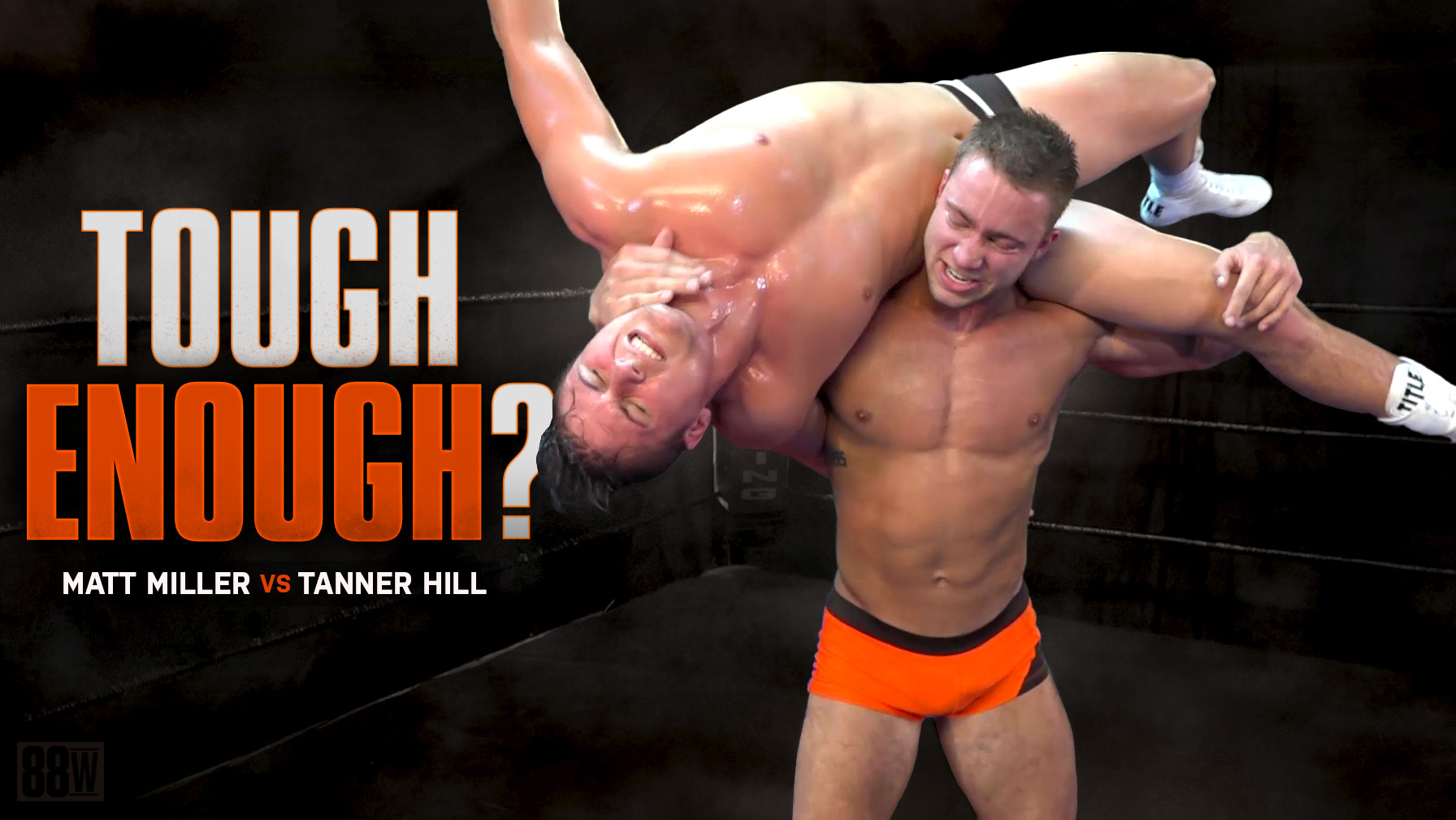 This match was the predecessor to the first tag team match in our new original series called Muscleville. This series was created to one day crown a tag team champion here at 88W. When Ethan got wind of this news he immediately went out and targeted Jake as a tag team partner, and when Jake instantly agreed they formed their team. Tanner Hill, on the other hand, decided he’d have a tryout to find his tag team partner, and the first in line was Matt Miller. Tanner knew Matt was new to the underground wrestling scene but liked what he saw and heard about Matt’s skills and fearless attitude. Thus, this match was scheduled at Tanner’s request. Now, anyone who saw the Team Ethan/Jake vs Team Tanner/Matt in that Muscleville tag team match knows that Tanner’s strategy didn’t quite go as well as he wished. Ethan and Jake mostly controlled and dominated Tanner and Matt in that match, and capped their victory with an embarrassing dual submission hold on the muscleboy and the rookie. In this match, Tanner starts trash talking the rookie right off the bat but when they lock up for a test of strength it ends with a surprising finish in a draw. Tanner’s impressed, he thought he could out muscle him but Matt shows his strength. As they exchange the control over the course of this tryout, Tanner relies on his powerful muscles to handle the rookie with a ferocious torture rack, Boston crab, full nelson and a back-breaking crucifix. While Matt equally shows off his amateur wrestling skills by constraining and restricting Tanner’s pretty muscles on the mat with leg scissors, chokeholds, surfboards and punishing armbars. Did Tanner find Matt tough enough to be his tag team partner? Oh, you bet he did!