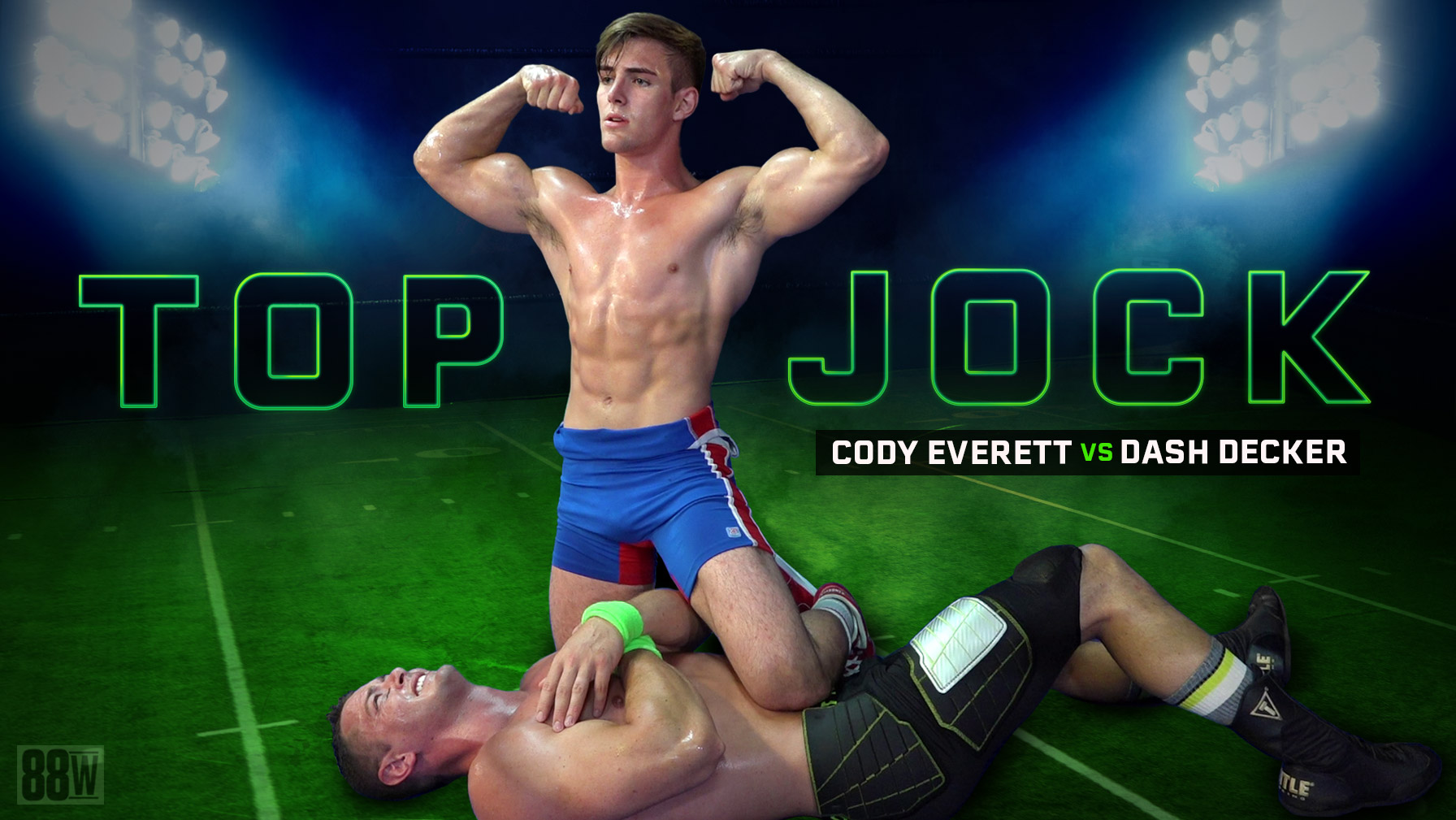 Dash Decker comes walking back to the gym after an awesome practice on the football field. He’s feeling really good about himself, his passes and timing were perfect and he’s pumped for the big rivalry game this week under the Friday night lights. As he gets to the gym he unexpectantly runs into star wrestler Cody Everett who is hanging out until practice starts. Trash talking starts, egos explode, challenges are made and next thing you know these two are going to settle a score! What’s the better sport and who’s the better athlete? This is every wrestler’s dream to get a football player into the ring. Dash climbs into the ring in full football gear; pads, practice jersey, and wrist bands, while Cody enters in his red, white, and blue singlet. Testosterone flies high through the gym as Dash claims he’s here and Cody questions the star quarterback if he’s ready to be embarrassed and does he even know what’s a takedown? Dash quickly finds himself in the middle of a takedown as Cody asserts his skills on the bigger football player. He begins an early assault on Dash’s abs and also focusing on his guns. Speaking of biceps, teen Cody’s not shy about being proud of his inspiring colossal set of guns he brings to ring. This clash runs 31 minutes, and both elite athletes’ bodies begin dripping in sweat as the heat is hot and they strip down from full gear. This is the match you dreamed about in high school! Will it be the Star Quarterback or the Wrestling Champ who claims Top Jock on campus?