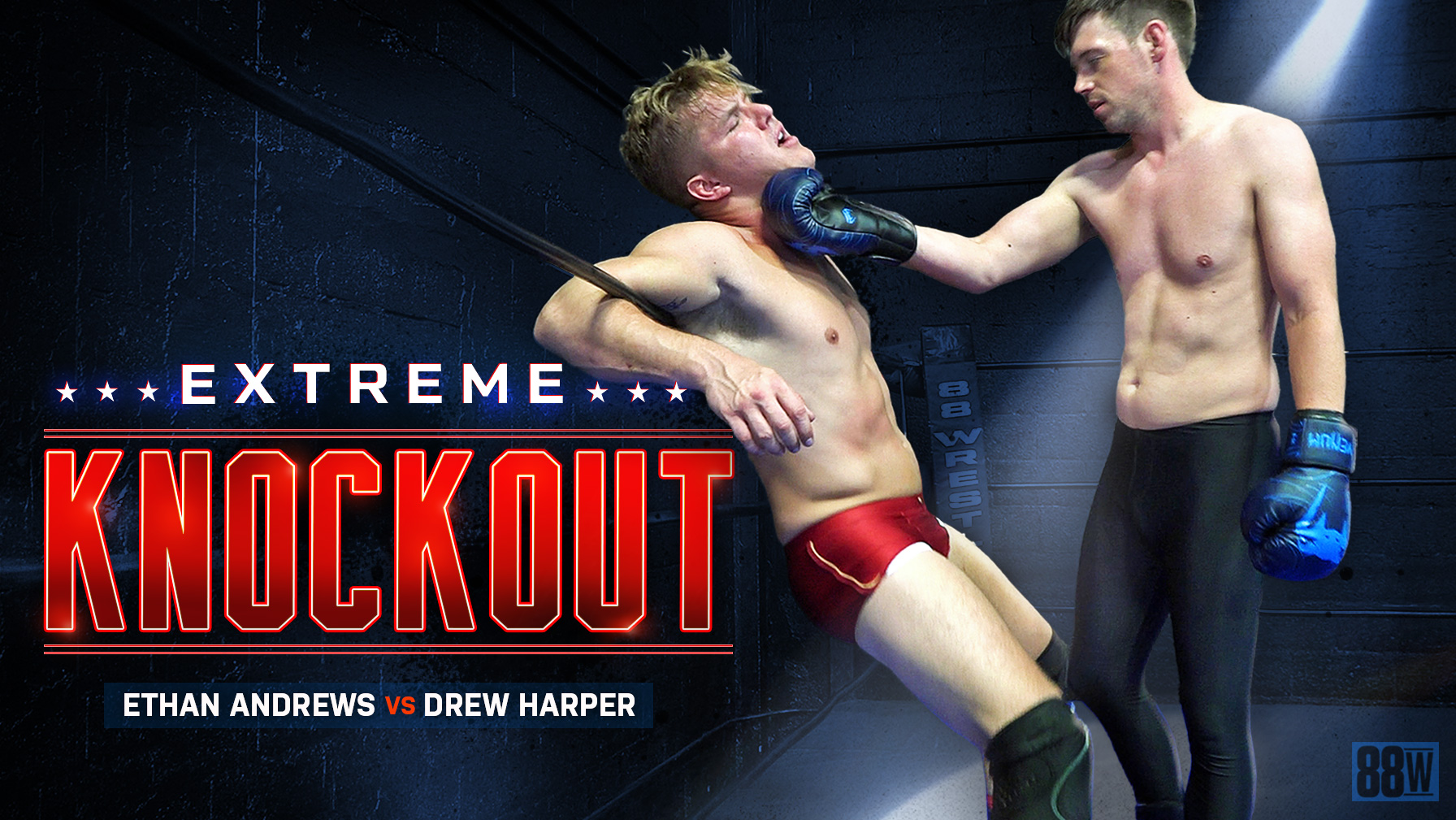 Ethan Andrews is known not only as a wrestling superstar and fan favorite, he also trains in other combat sports including boxing to sharpen his skills. He’s also known to defend his status here at 88W and any newbie joining the roster is taking their chances challenging him. Today the 205 pounds powerhouse Drew Harper is going to do exactly that! Drew has wrestling experience and looks confident in his corner, but Ethan is always confident when he steps into a ring. Drew has the size advantage by 30 pounds, but Ethan has beaten bigger and better. The guys meet at the center of the ring and Drew sticks his hand out to shake Ethan’s hand using it to gain a quick advantage. Drew wraps a side headlock on the punisher then follows with hip tossing him to the mat. This doesn’t sit well with Ethan, usually he’s the one pulling that trick on the rookies. But the upper hand doesn’t last long for the bigger powerhouse, Ethan quickly reverses the control. He takes on a surly attitude and begins to make Drew pay! He zeroes in on a nasty, brutal attack on Drew’s abs and pecs. He softens the big boy up by applying a head scissors, figure-four leg lock, and a painful chin lock first before moving on to a cruel attack on his abs and pecs. Drew fights back as best he can until he’s just overwhelmed by the multitude of painful holds the punisher is dishing out on him. Ethan strikes with a mean, vicious claw hold submission which has Drew pleading for him to stop until crying out an agonizing submission. As round two begins, Ethan declares this is too easy and pulls on his boxing gloves to even the playing field, but it doesn’t help. Ethan punishes, pummels, and pounds the shit out of the big boy! This match is likely the closest thing to a total squash in the history of 88W! As Drew is out on the mat self-satisfied Ethan ends the demolition and domination of the rookie by saying ‘maybe I’ll see you around the locker room, if you ever wake up!’ A severe and ruthless squash job!