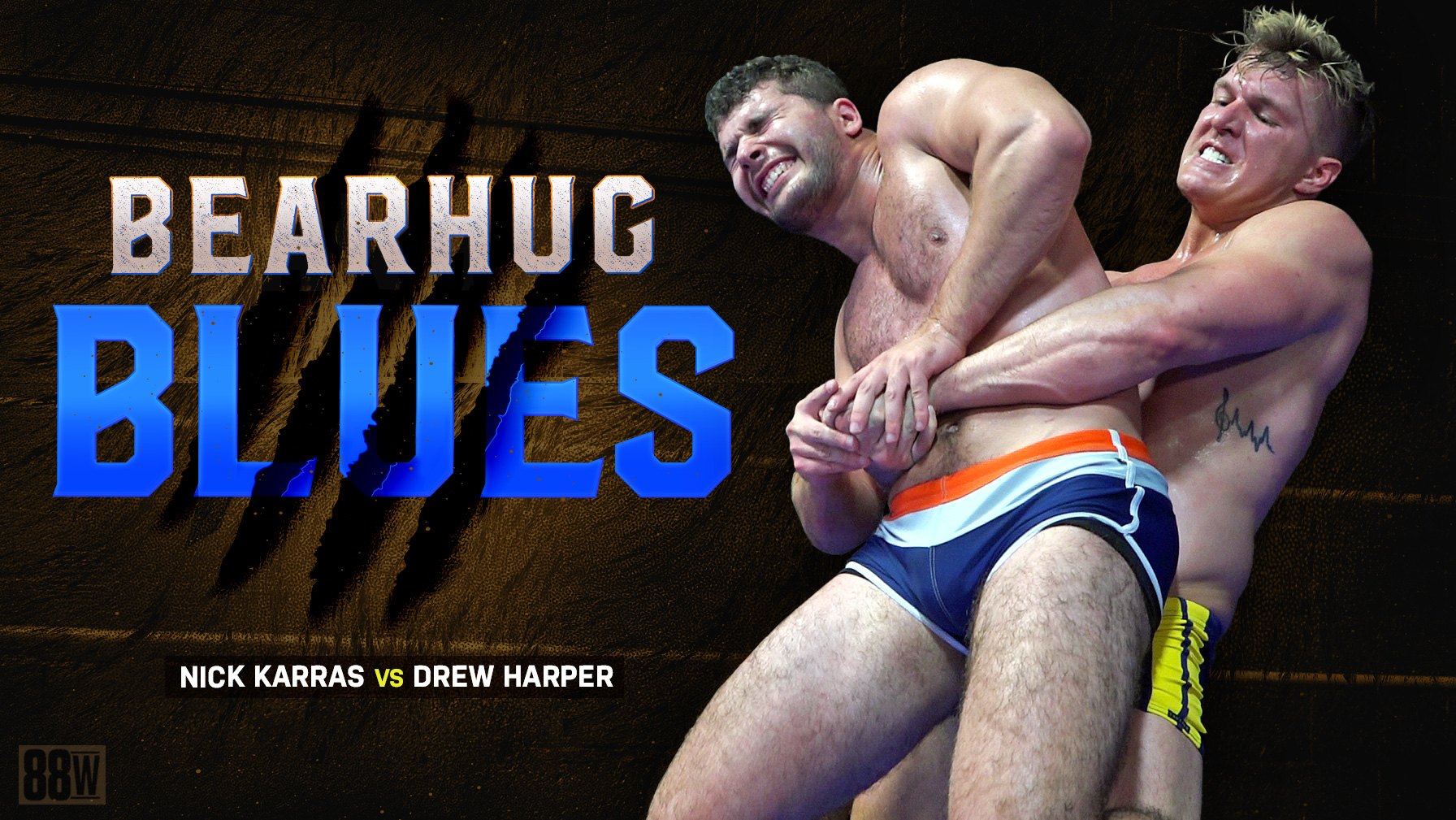 Two weeks ago Nick Karras faced off against the new rookie Alex and was stunned by the outcome. Today he steps into the ring to take on what will be even more of a challenge in a bigger veteran that’s been around the underground scene for several years. Drew Harper has more ring experience and has a substantial 25 pound weight advantage on Nick. This could spell trouble for Nick at a time when he desperately needs to chalk up a win. Both big boys come to center ring, tie up, and Drew scores first with a speedy headlock and hip toss that drives Nick down to the mat. Drew mounts him and begins bashing the bulldog’s abs, then places him in a figure four head lock and starts banging Nick’s head into the mat. Nick counters with a single leg takedown, a double arm bar, and then locks on a rear naked choke. Drew powers out and counters with a standing full nelson stretching the shorter Nick. The big boys begin to get lathered up while the action continues to heat up through all 3 rounds. A lot of the amazing action is on the mat, but when it comes to submissions the victim is squeezed and crunched in attempt to crack his ribs before he submits. Every hard fought riveting round ends by a painful rib crushing bearhug submission in this big boy brawl. Can Nick turn the tables and squeeze a victory out of Drew, or will the bigger powerhouse leverage his size advantage to crush the bulldog’s ribs into an excruciating final submission?