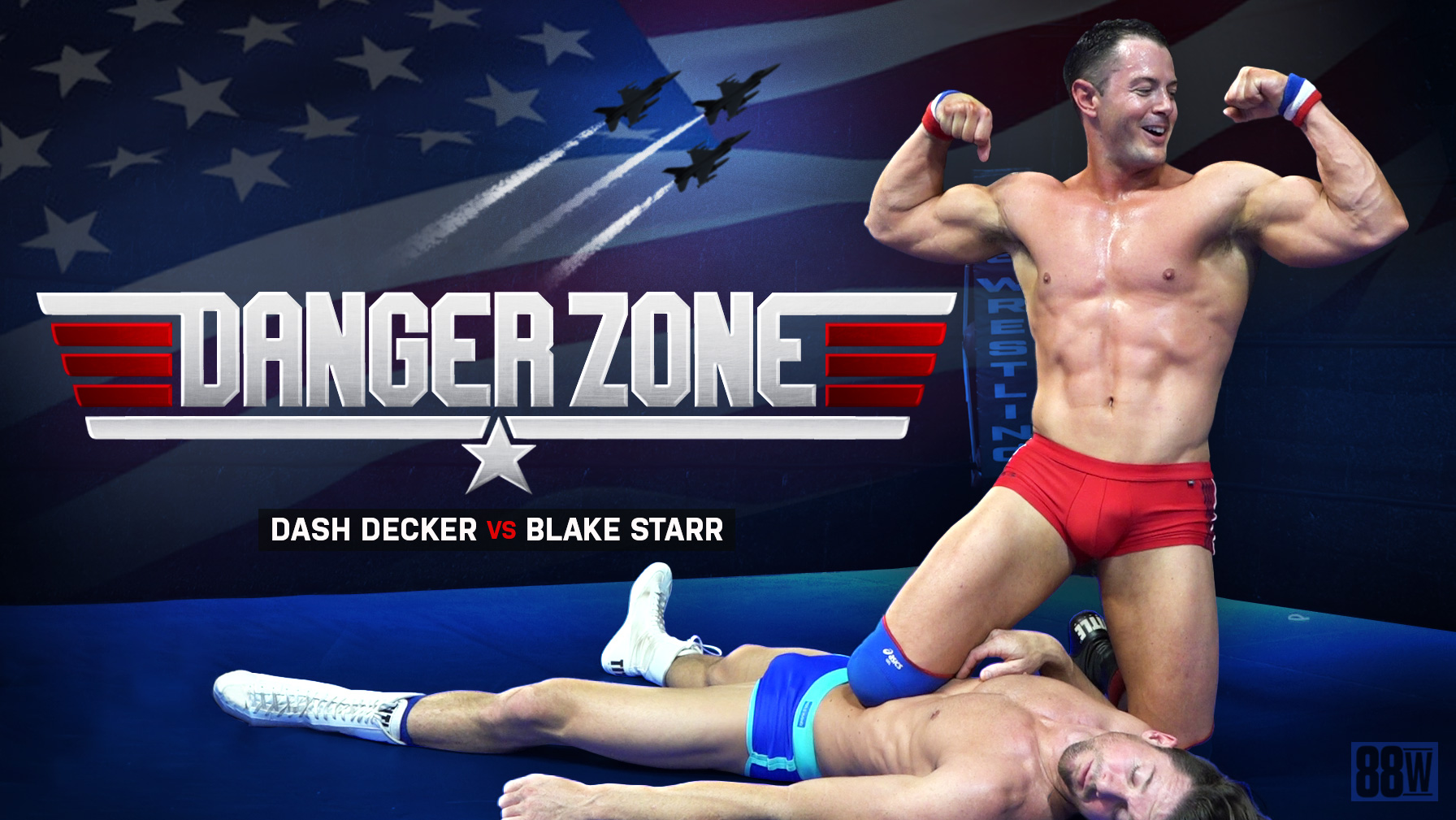 Naval Aviator Officer Decker is just returning from a test flight in an F-14 Tomcat with a plebe from the Navy Strike Fighter Tactics Program. As he returns to his office he’s notified of a civilian that has breached the base security. Officer Decker is instructed to perform a security sweep of his building and the surrounding facilities to identify any signs of the intruder. After he clear’s his building and several other surrounding facilities he enters the base gym to perform a sweep. As he is finishing his security sweep of the gym he comes upon the civilian the brass is desperately searching for. He finds Blake Starr in the ring and asks ‘Who are you?’, ‘What are you doing here?’ Blake is an adventurer who likes to challenge the limits, and today he dares to enter the danger zone. Office Decker takes the incident into his own hands and climbs into the ring to peel off his flight suit which reveals his muscle-bound body. Blake taunts him saying ‘Let’s see if the man in the suit holds up to the honor of the suit.’ He’s going to resent he said that! Dash replies “I’m going to fight, and you’re going to lose”. Blake hits a few flexing poses and that starts the action. They tie up and the bigger Dash shoves the smaller Blake into the corner turnbuckle and starts throwing bombs into his shredded abs. He throws the intruder to the mat then locks on a rear choke hold and follows with a hard landing boston crab which has the unwanted intruder screaming in pain. Both guys put up a valiant fight with a mighty arsenal of holds including; an excruciating over the shoulder backbreaker, an agonizing hangman, an out of this atmosphere camel clutch, a sonic test of strength, a chokehold countdown, and a need for speed beating and bruising to win. Can sly Blake fly under the radar and mount a surprise attack? Or will Officer Decker blow the intruder’s MG-28 out of the air to crash and burn?