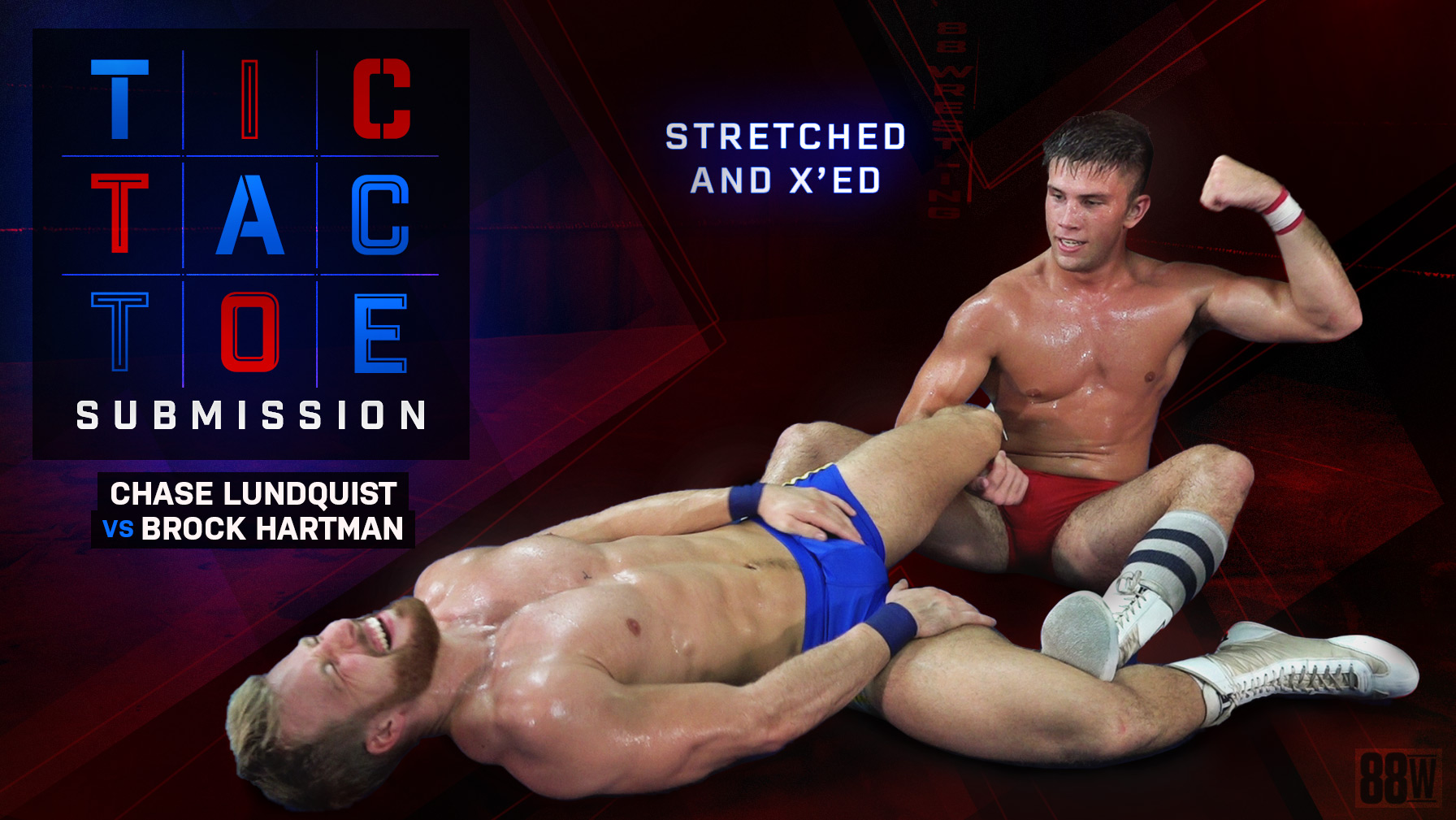 Chase Lundquist confidently climbs into the ring and asks his opponent ‘are you ready to get your ass kicked again?’ For those of you who watched the spectacle that occurred during the Tanner Hill & Chase Lundquist vs Dash Decker & Brock Hartman tag team match know exactly what Chase is referring to! Tanner & Chase outsmarted and outmuscled the two big boys and believe me they haven’t forgotten. The bearded blond stud understands he’s going up against one big boy so he figures he’ll work the odds to his favor and proposes the match to be a tic tac toe contest. Brock Hartman isn’t bothered since he’s geared up and ready to deliver some payback, so he agrees to the deal. The first wrestler to claim 3 X’s in a row wins. The action in this match is jam-packed with brilliant bodies being stretched, marvelous muscles being flexed, and impressive holds like an ab claw, a crucifix, strangleholds, surfboards, and a dazzling sleeper. Brock has the brawn, but does he have the brains to outsmart the blond underwear model in a captivating game of tic tac toe?! You’ll love all the hot sweaty action and be surprised by the amazing outcome!