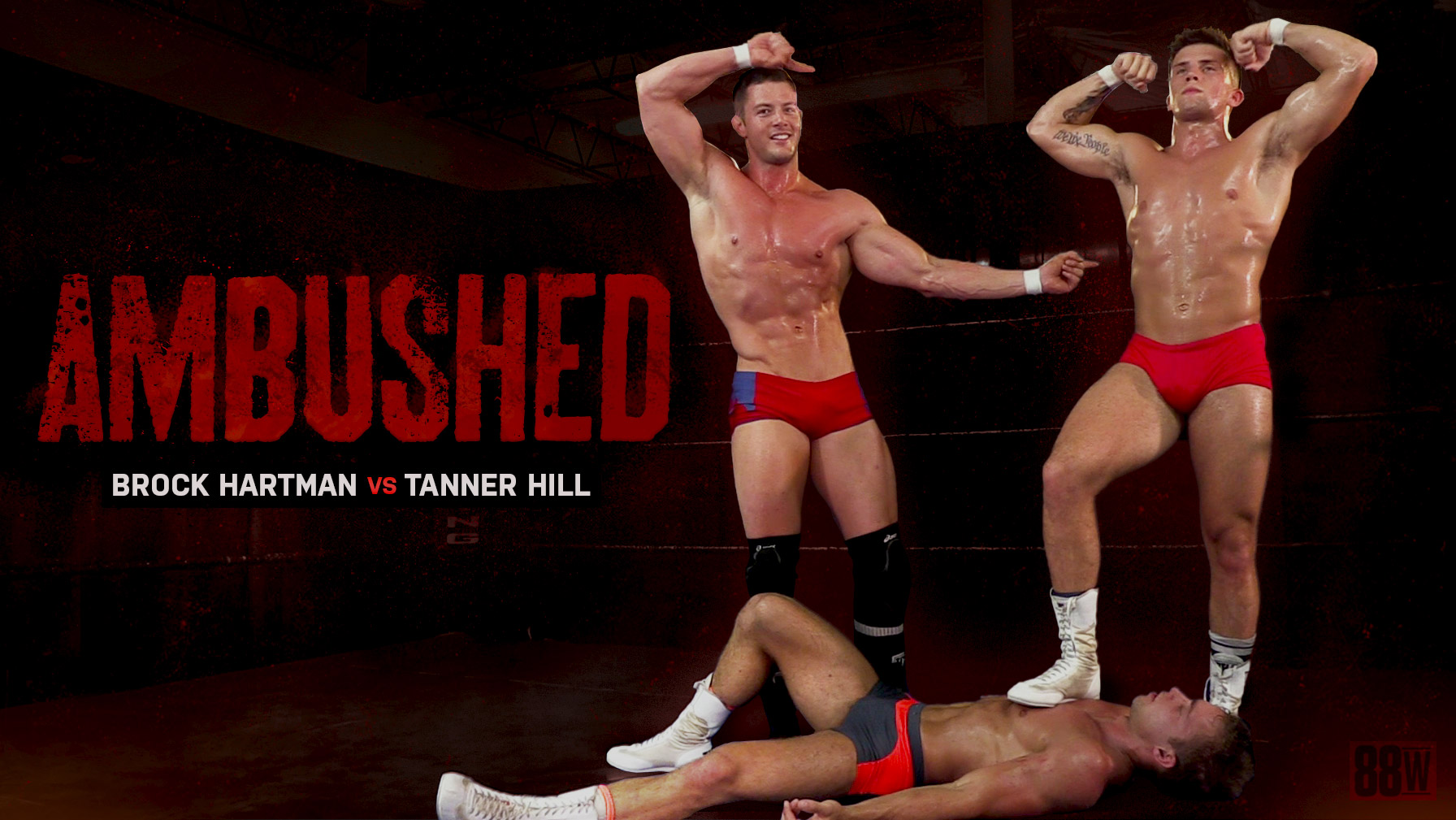 Tanner Hill’s confidence is sky high these days.  And why not, he’s racked up a series of impressive wins in recent matches including the overwhelming beat down him and his tag team partner Chase put on the bigger Dash Decker and Brock Hartman last month. Plus, he’s in the best shape of his life and his muscles have never looked better. He’s on top of the world! When he found out he was scheduled for a singles match against Brock he couldn’t have been happier. He is so looking forward to put another beating on the rookie titan, just like he did in their tag team match. Brock’s the biggest guy on the roster, but he’s still learning the ropes and paying his dues in the ring. Who knows, he could grow into a star one day, but it’s still a little early to tell. Neither Brock or Dash have forgotten the humiliating way they were treated by Team Tanner & Chase last month, so Brock is back to even the score. Tanner laughs at big Brock as he enters the ring and he takes control of the big boy at the onset. But all the punishment that Tanner delivers in the early stages of the match come back to haunt him. His flawless muscles are tossed, turned, twisted, and tortured as payback is a bitch! Brock gets by with a little help from his friend and it’s bad, bad news for Tanner!