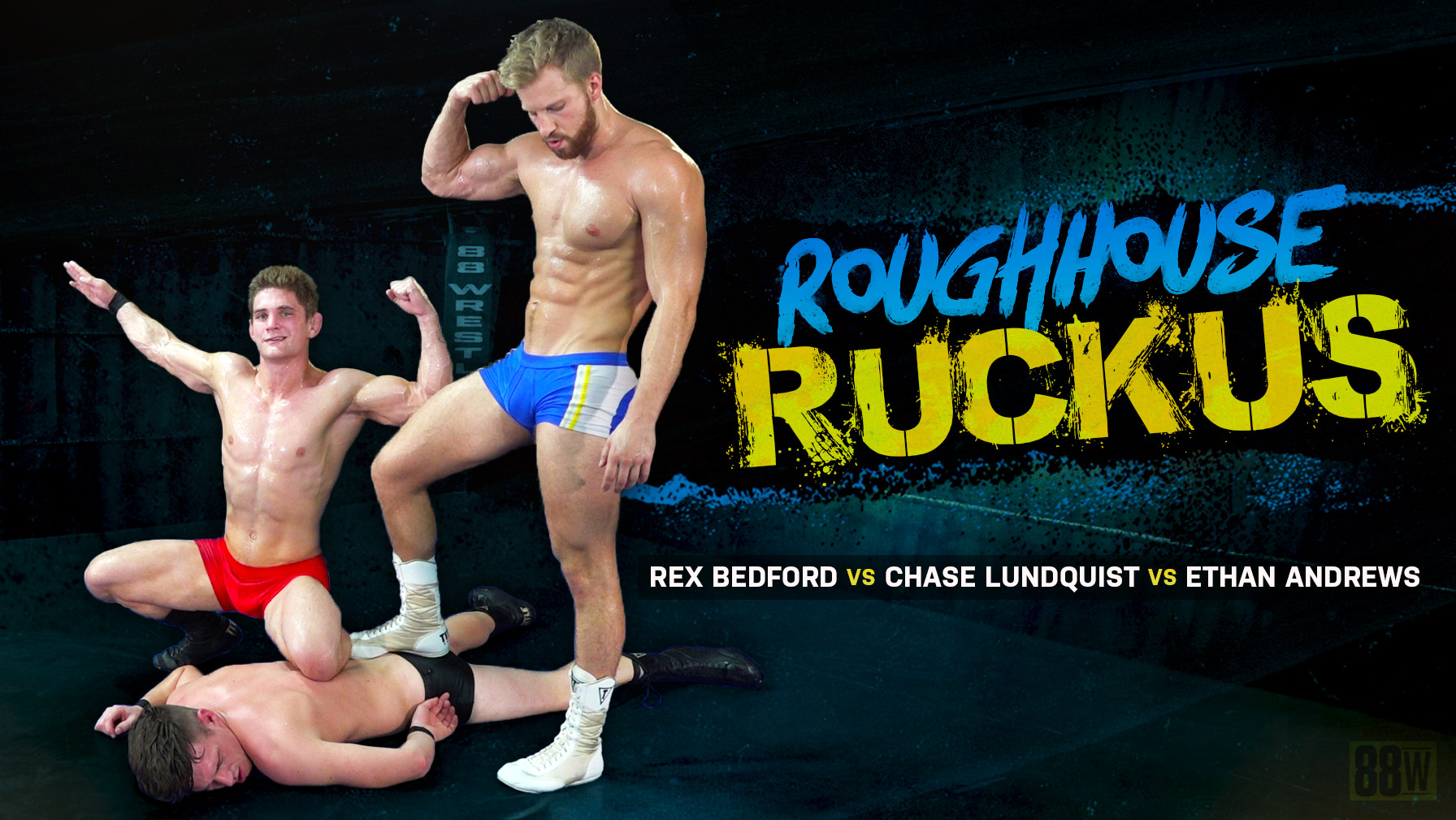 Wow! What happens when you put 2 hot muscleboys and 1 nasty muscleboy destroyer into the same ring together and tell them the winner is the last one standing? There are so many different things that can happen! Both Rex Bedford and Chase Lundquist have muscles to die for, and Ethan Andrews has made a living punishing those with sexy muscles while developing some of his own. What strategy do you think would play out? Since Rex and Ethan have battled twice and each has won once, use this as an opportunity to gang up on the bigger muscleboy Chase to take him out and then make this the rubber match to break the tie between them? Or does Chase recruit Ethan to his team to eliminate the reigning King of the Ring Rex, which then gives Chase a shot at revenge from his previous ab bashing loss to the muscleboy punisher? Or will the muscleboys Rex and Chase team up to destroy Ethan and avoid any chance of him dishing out another punishing bashing to their perfect six-pack abs?  There’s plenty of muscle, sweat, and strategy on display along with electrifying non-stop action and an interesting twist that ends this contest with a startling knockout finish!