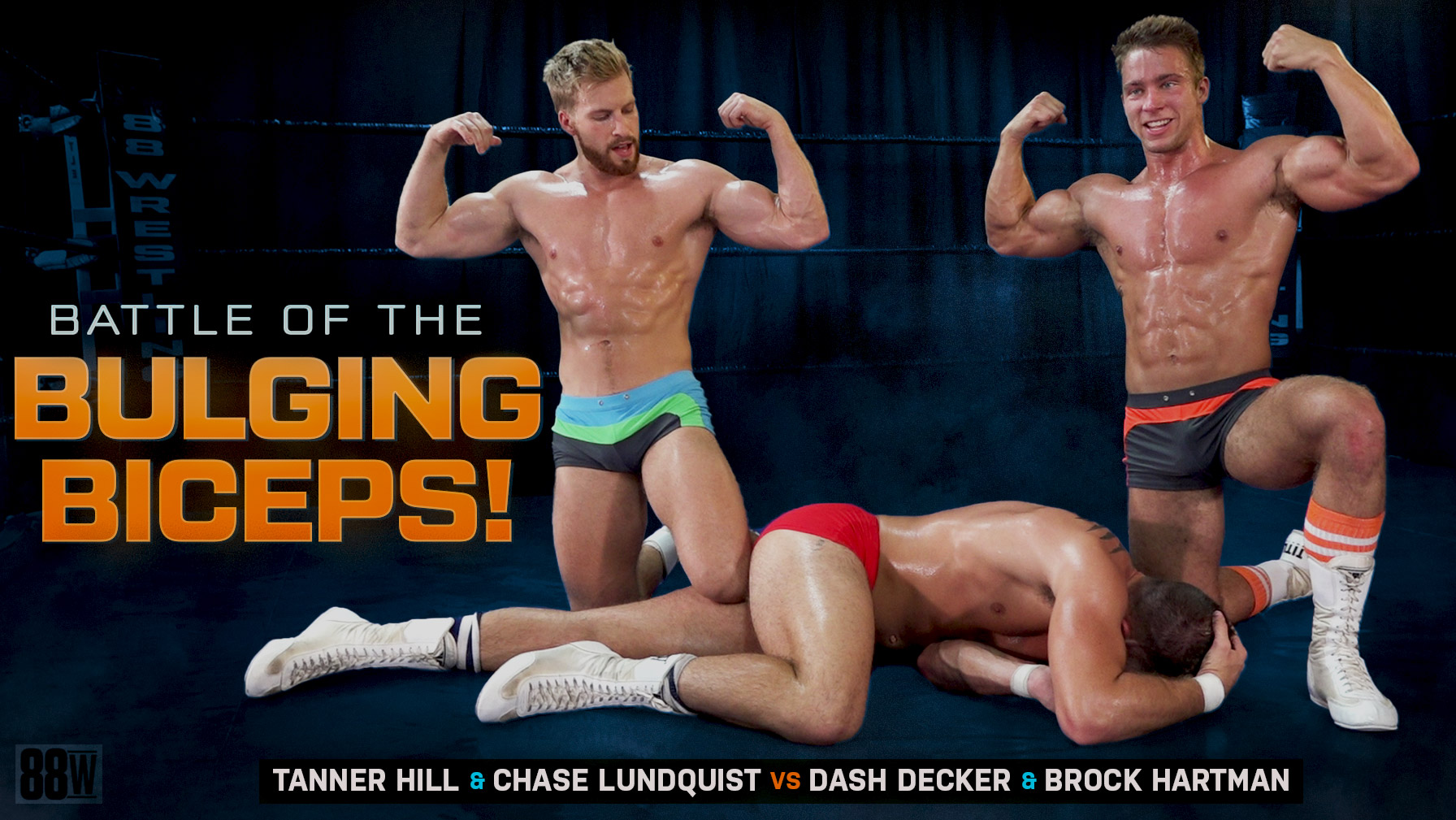 You want to talk muscle boy wrestling, this match has some of the finest muscleboys in the business! There’s more Grade A Beef in the ring today then there is at your local butcher shop. These guys have muscle, know they have muscle, and love to show it off. The proceedings begin with a battle of the biceps, each stud measuring the bulging biceps of his teammate to see how his size stacks up against the opponents. It’s a sight to see these massive biceps being flexed and measured! Which team do you think has the biggest biceps?! Both teams claim bragging rights on the best muscles, and then prepare for battle. It’s the two veterans kicking the action off in round one, and bodybuilder Tanner Hill is hyped up and full of testosterone. He’s not scared of the bigger Dash Decker. He shoves Dash into the corner turnbuckle and connects with a few quick jabs to his midsection that causes the Chosen One to slump down. Tanner doesn’t let up and follows up with a suplex, more punishment to Dash’s abs, then stretches him out on the mat with a bow and arrow. They both tag in their partners and Brock Hartman gains the advantage on fitness model Chase Lundquist. The match is not only a battle of the biceps, but also a battle of the bragging rights. The action is non-stop, hot bodies sweating, and taught muscles glistening as they fight for superiority. It’s electrifying, non-stop action until one team pulls off a shocking finish that includes cold handcuffs and hot iron!