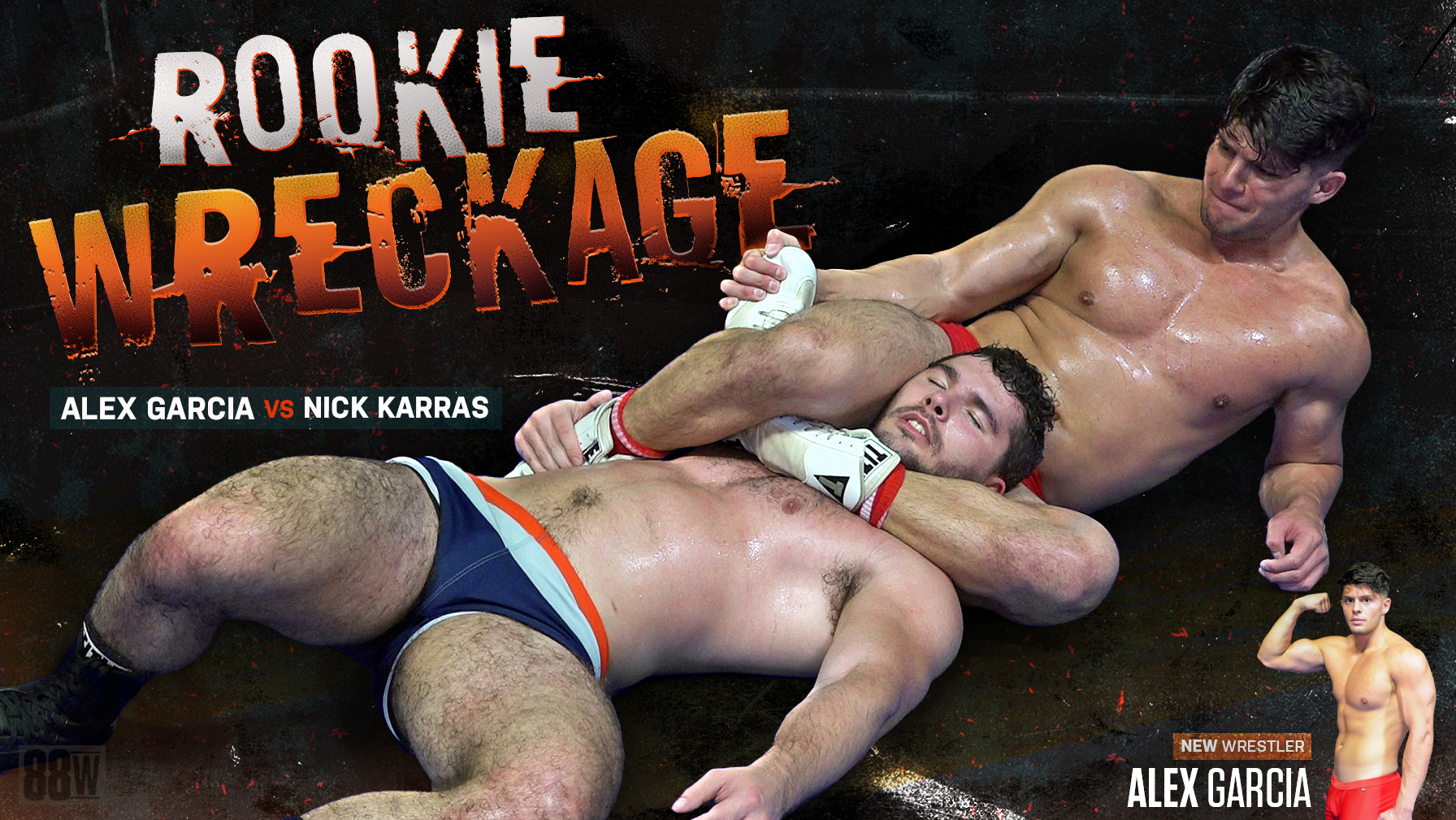 Teen Sensation Alex Garcia makes his exclusive debut at 88W today! He’s had his eye on the impressive 88Wrestling roster for a while now, intent on challenging every skilled, aesthetic muscleboy he’s heard all about from the underground scene. He steps into the ring with a list of imposing credentials, including an amateur wrestling background, an incredible teen muscle bod, and a tough ju-jitsu skill set. This kid has it all, the total package, and he’s not afraid to take on anyone! In his debut, he’s going up against another amateur wrestler who won the state title not too long ago in Nick Karras. Nick knows his way around the mats and has been able to transfer his size, bulk, and skills to the 88W ring. He’s had some success in his early matches and can’t wait to get his shot at this teen rookie. In his mind he’s confident and is already chalking this matchup as a ‘W’. The guys size each other up in their corners before coming to the center of the ring to tie up beginning the action. Nick is the aggressor and scores first with a slick single leg takedown and several body blows which catches the rookie by surprise. Alex fends off Nick with an escape and a duck under takedown taking Nick to the mat. Nick is able to get to his feet and then catches the rookie in painful stretching spladle. It’s a fast and furious pace from the start causing both hot bods to build a sheen of sweat on their muscles. No doubt both of these guys want to score the ‘W’ today. The swift pace and back and forth action continues for all 3 rounds until the victor flexes his sweaty muscles while the loser is soundly beaten and defeated. Will it be one hell of a debut match for the gifted rookie or will Nick knock him down to size?