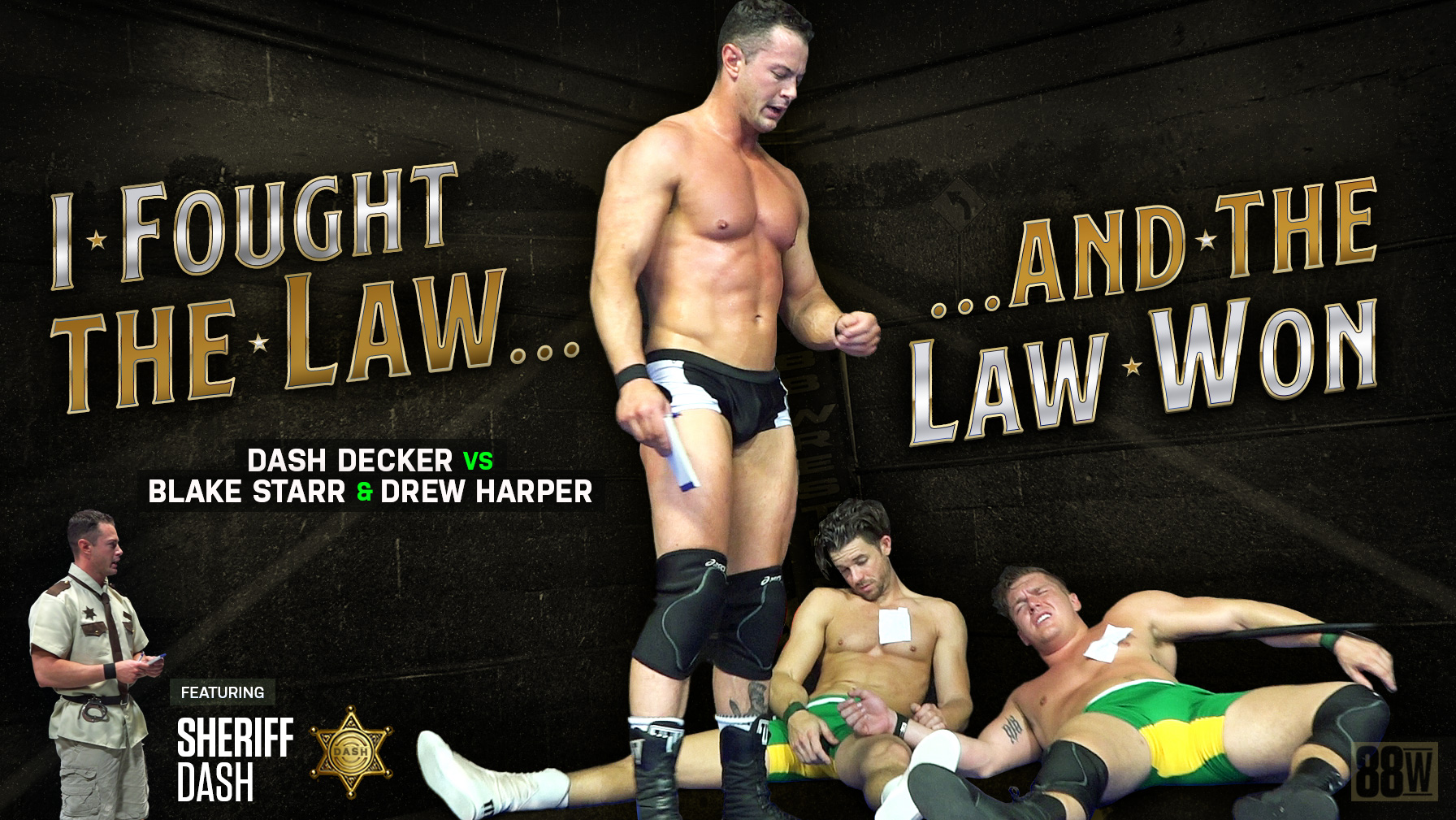 Recently, Blake Starr and Drew Harper got together and formed a tag team. Both have wrestling experience, are buddies outside of wrestling, and wanted to try something new. They started reaching out to the indy circuit in hopes of landing a match, and today they landed that first match. It’s over in a nearby town, but anyone wrestling on the indy circuit knows they may be called to drive to any town to score a match. With the match on the card, the boys are jacked up and super excited about the opportunity today. They even bought matching singlets online to make their debut. They jump in Drew’s red Mustang leaving on time to get to the nearby venue, but when they run into traffic they start to panic. They don’t want to miss out on their first tag team match so once they get around the traffic Drew puts the pedal to the metal! They’re hell-bent on making it for their match, but what they don’t expect is what happens next! In order to get to the gym they have to travel through Sheriff Dash’s town, and he’s known to be very strict on enforcing the law. With the boys speeding through his town, Sheriff Dash Decker begins chasing them down. The boys get to the gym on time, but on their tail is Sheriff Dash. The boys hop out of the car and run into the gym, with Sherriff Dash in pursuit and lights flashing. Ultimately Sheriff Dash chases the good old boys into the gym and proclaims he clocked them going 35mph over the speed limit. Of course, the boys deny it, but Sheriff Dash has none of that nonsense. Sheriff Dash takes out his ticket book and begins writing them up, but the boys push back knowing that if they get a ticket the money they are going to be paid for their tag team match won’t even cover it. Now the boys don’t mean any harm so they devise a very intriguing proposal to Sheriff Dash on how they can avoid that ticket, and it works, the three of them climb into the ring. What was scheduled to be a thrilling tag team debut for the powerful duo, instead finds them in handcuffs lifeless and penniless.