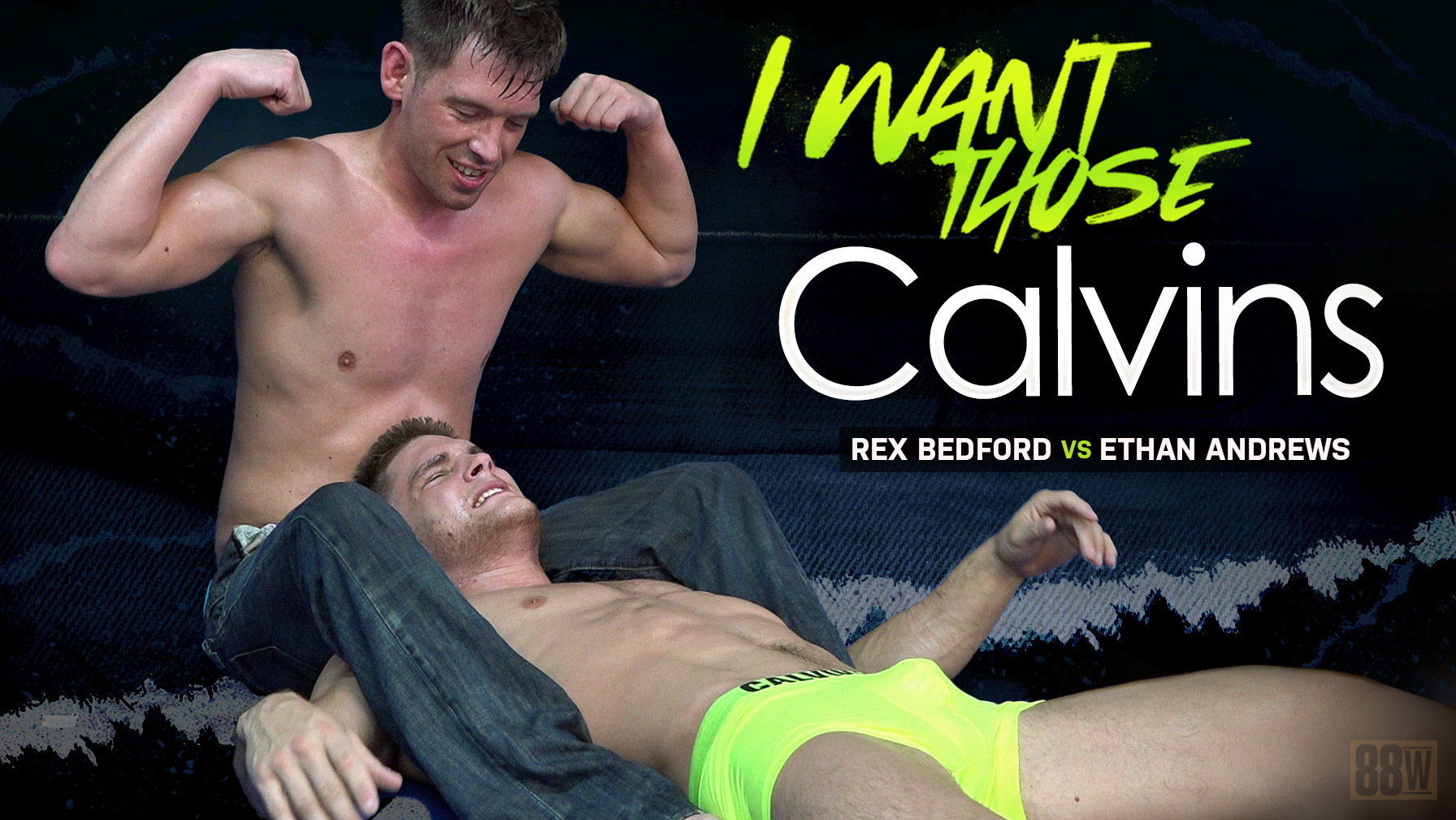 Rex Bedford and Ethan Andrews have been locked in a red hot rivalry for years, and today it flares up again in a sexy rip n strip match. Both of these guys are superstars and are the most skilled wrestlers on the roster. When they step into the ring against each other, the action is non-stop and pure magic. The best in the business! Their rivalry first started back in Catalog 2 with an 88W Original Series Tic Tac Toe Match, which came down to the final ‘X’ before Ethan celebrated victory by way of a spectacular sleeper knockout over the experienced cage fighter. They then tangled again in a battle for the belt in Catalog 4 in another 88W Original Series King of the Ring Match.  This contest had it all; non-stop electrifying action, momentum shifting from moment to moment, high levels of testosterone and sweat, and two super strong studs. It was a no holds barred battle for the belt that ended with Rex relying on his signature excruciating armbar that gave Ethan no other choice but to reluctantly submit or walk out with a broken arm. Ethan has been ticked and on the warpath ever since that rare loss, seeking any opening for revenge. Well, today’s the day! Ethan enters the gym and quickly notices Rex in the ring. The smack talk begins and Rex certainly isn’t going to back down. So, both agree that the stakes for this match are a rip n strip match until the victor claims the loser’s Calvins. The winner leaves with the other’s clothes while the loser is left to grovel in shame! A must see 32-minute match!