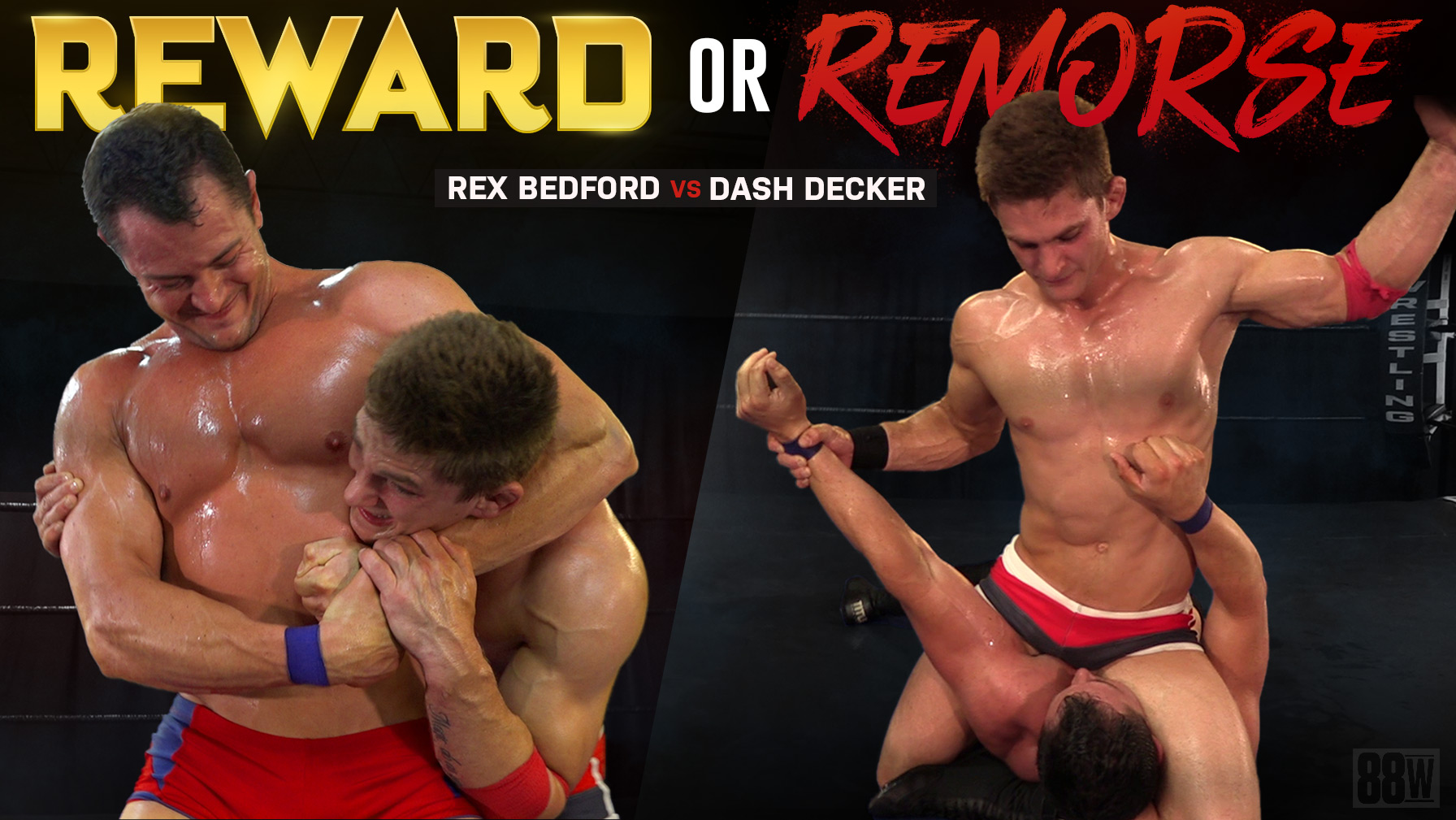 There are huge implications for who wins and who loses this match. In fact, this match almost didn’t happen. Dash Decker has been demanding another shot at the King of the Ring belt. He had his first opportunity in the inaugural KOTR tournament finals, but in a shocking upset Tito claimed the belt. More recently, Dash has struggled a bit in his matches with Ethan put a whipping on him in their match, and he and his tag team partner Brock were humiliated in their tag team match against Team Tanner/Chase. It’s for these reasons Rex Beford refused to agree to a King of the Ring match with him at this time. He doesn’t feel Dash has earned the right to another opportunity at the belt. But, both could agree to a non-title best of three match for today. If Dash wins this match he figures he’s instantly next in line for a KOTR battle and will have the physiological advantage in that match up against Rex. If Rex wins this match, then he knocks Dash down the ladder for opponents to consider for a KOTR match. Plus, he won’t need to worry about the big guy for a while to come. It is going to be very interesting to see how this drama plays out. One of these colossal superstars will walk away with a big reward, while the loser will be second-guessing himself agreeing to the terms of this match. For an intense 26 minutes, the sweat drips and glistens off both hard bodies and one of these fighters claims victory with a mind-blowing finish!