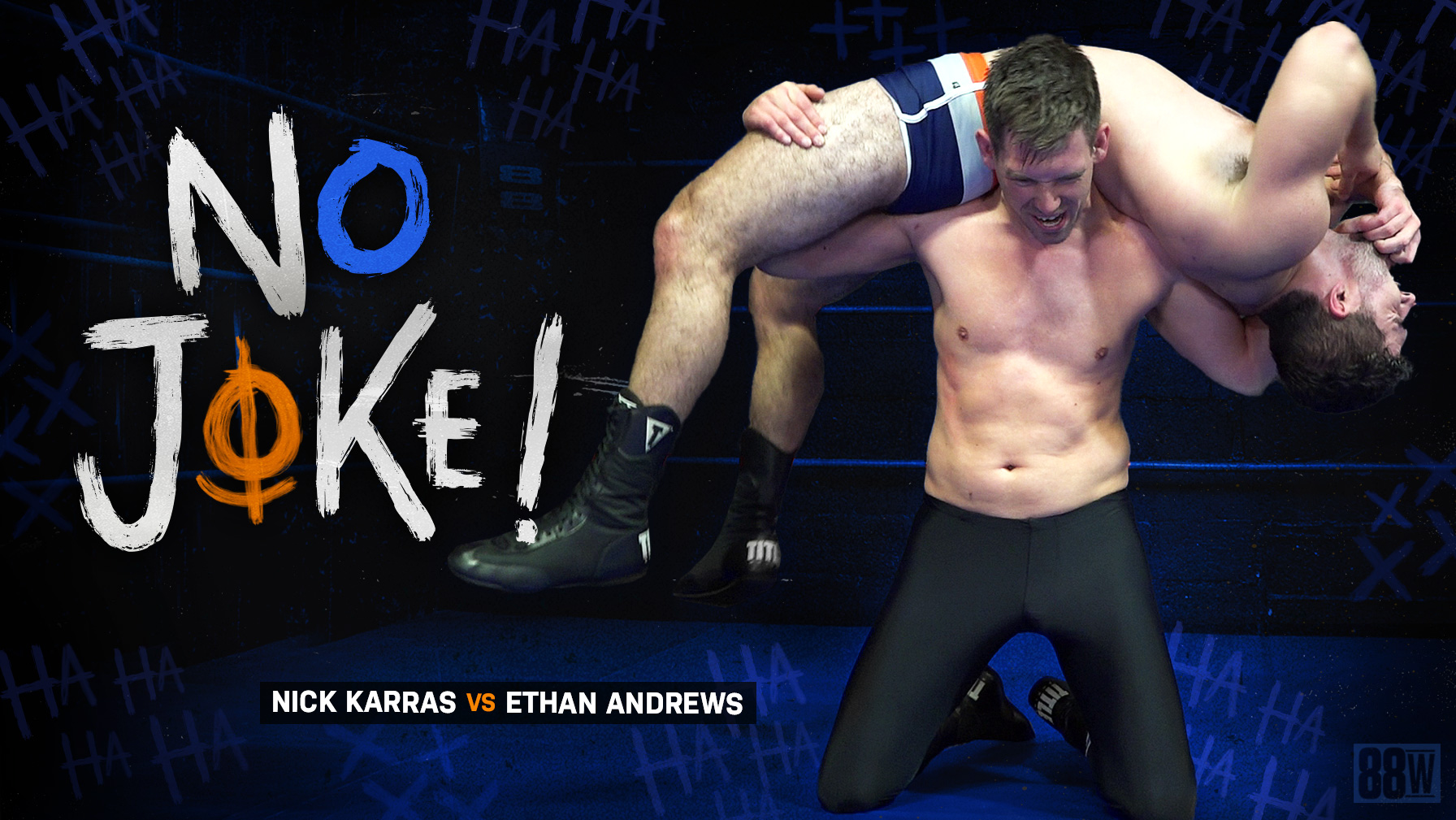 Since Nick Karras has joined the roster he’s revealed his state championship skills, his burly strength, and a solid desire to grind his way up the roster. He’s put in a number of great performances but just hasn’t yet chalked up a string of winning matches. He hasn’t been able to put a finger on what’s holding him back, could it be he hasn’t made a smooth transition from the scholastic mats to the underground ring? Only time will tell. Today he faces a tall task in a much-anticipated showdown with the highly skilled punisher Ethan Andrews. For all the state championship skills Nick brings, Ethan equally has the same high-level skills in the underground scene. Nick seems to have a slight edge in strength, but Ethan counters that he’s already pound and ground his way to the top. This match is going to be extremely interesting! As both wrestlers enter the ring Nick chooses to try to distract his opponent by wearing a clown mask in his entry. Ethan has seen it all in his days and isn’t amused, he takes the opportunity to sneak attack Nick’s muscled body. He pushes Nick into the turnbuckle and attacks him first with an ab bashing, then tossing him down to the mat and begins choking him. Ethan finishes the sequence with a crotch stretching banana split but Nick is able to power out and catches Ethan’s lanky legs in the exact same hold for payback. This sets the ‘anything you can do I can do better’ tone for the entire match. The skilled and speedy action goes back and forth for the duration as the sweat begins to glisten on each of these determined warriors. The winner is able to strategize his skills and strengths to a captivating and stimulating victory while the loser pays the price in pain and defeat. A must-see match!