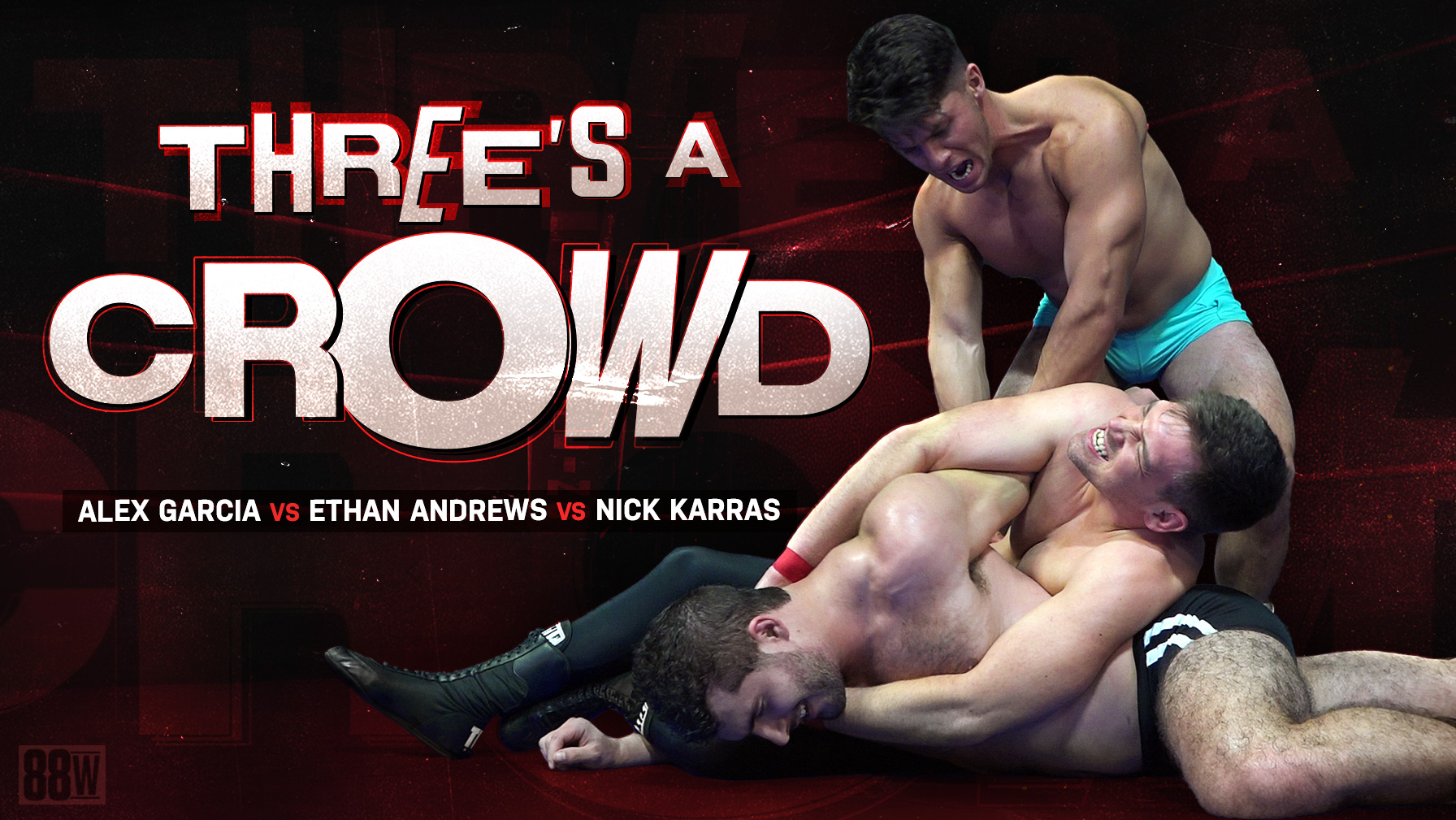 Holy Wow! Today’s match is going to be very intriguing! We have 3 different wrestlers with each having very different skills and experience levels. Throw them into the ring and it’s going to be a tantalizing 3-way melee. Alex Garcia is the rookie with amateur wrestling and MMA skills and only one match under his belt. He took Nick Karras by surprise in his debut and walked away with a huge upset that set his confidence soaring. Of course, Ethan Andrews is the most experienced and one of the top wrestlers on the 88W roster. You can be sure he’s licking his chops at the opportunity to deliver a beating to the rookie and squash the burly bulldog. Nick brings state championship mat experience along with his muscular hairy bod. We can all be sure he’s got his sight set on Alex with the thought of dishing out a painful revenge payback. The match is set to go two rounds with one of these guys being eliminated first, leaving two to fight to flex his muscles over his beaten foe. The action starts quickly and remains non-stop throughout the entire match. There’s no holding back! This match has it all; abs that are bashed, pecs that are clawed, crotches that are split, necks that are chocked, backs that are broken, legs that are locked, blows that are low, and muscles that are flexed. In the final minute, one of these studs pounces on a split-second opening and slips on a surprise hold to choke his opponent out cold and claim an epic triumph!