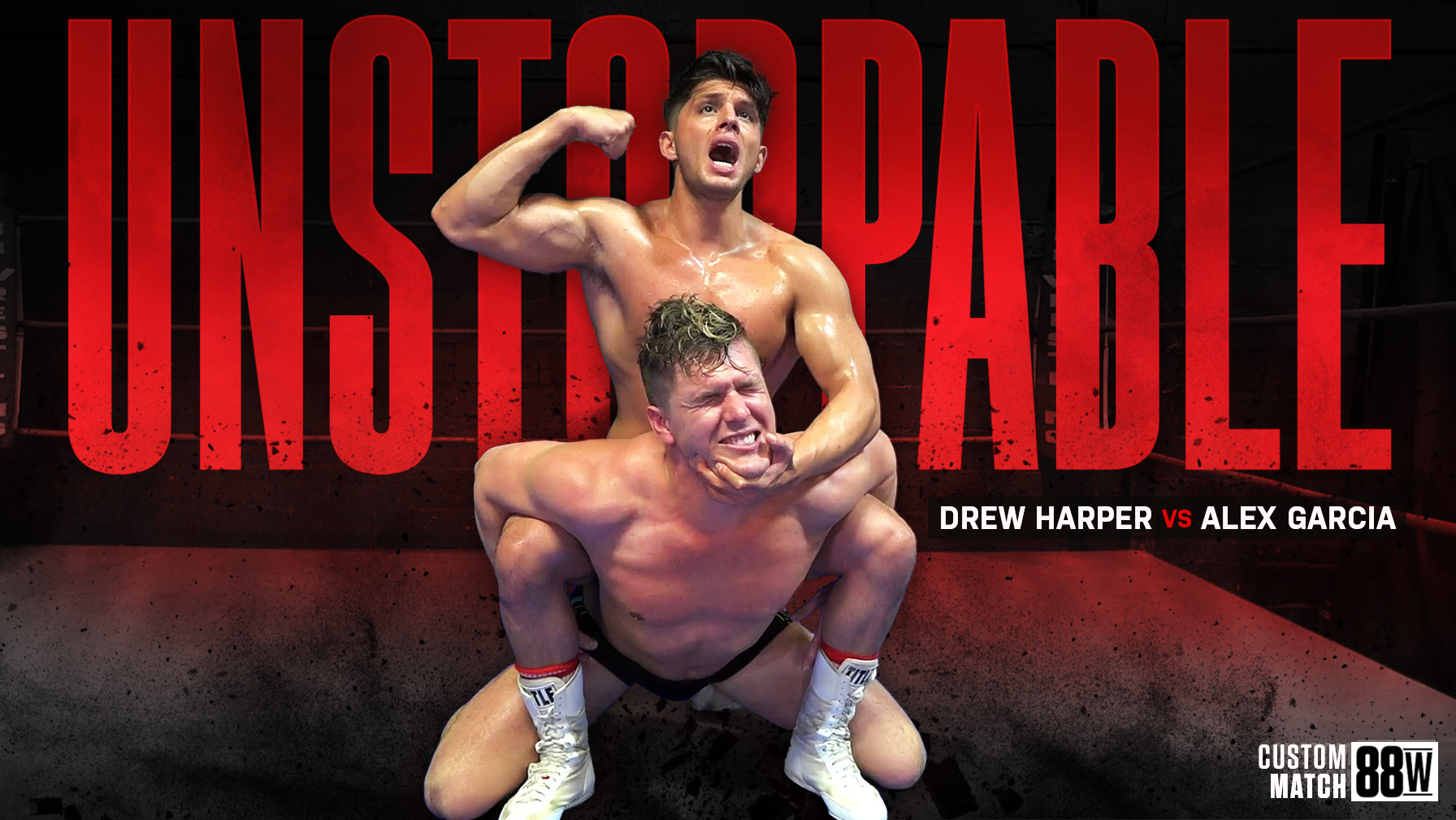 Powerhouse Drew Harper enters this match in a must-win situation. He joined the 88W roster thinking his size, experience, and skill would take him the top. Unfortunately, that isn’t how it’s working out, in fact, it’s working out just the opposite. Drew has wrestled in 5 matches and has only won 1 of them. He’s 1-4. At this rate he won’t be on the roster much longer! In his most recent match, he stepped into the ring with the smaller but very skilled Nick for a bearhug challenge. You would think Drew would have the advantage in this type of match but Nick out-smarted and out-wrestled the big boy ending with an embarrassing upside-down submission. In a beach match, he faced off against Jett and didn’t fare much better, the super hot lifeguard Jett overpowered him and tossed Drew’s trashed ass off his beach. When Drew found himself matched against an ornery Ethan the punisher made short work of Drew by first pounding and punishing him then connecting with a powerhouse punch to knock him out cold. Today he climbs into the ring against the firecracker Alex Garcia. He has stood his ground in all 3 matches to date and has delivered with a 2-1 record, challenging the likes of Nick, Ethan, and a 3-way match. Alex brings his amateur wrestling experience, his amazing muscle, and a confident swagger. In anticipation of the bell for Round 1 Drew stands in his corner bouncing his powerful pecs as intimidation, while across the ring Alex slowly peels off his warm-up jacket to reveal his inspiring muscles. Drew provokes Alex into a test of strength to kick off the action only to have Alex take control and force Drew to his knees. He follows up with a boston crab, an MMA anaconda, and then attacks Drew’s beefy pecs. Can a confident Alex add another win to his record or will desperate Drew breakthrough with a long-awaited triumph?

* This match is from our Gold Label Custom Match Series, many thanks to our customer who created this captivating match between two sweat soaked muscle studs.