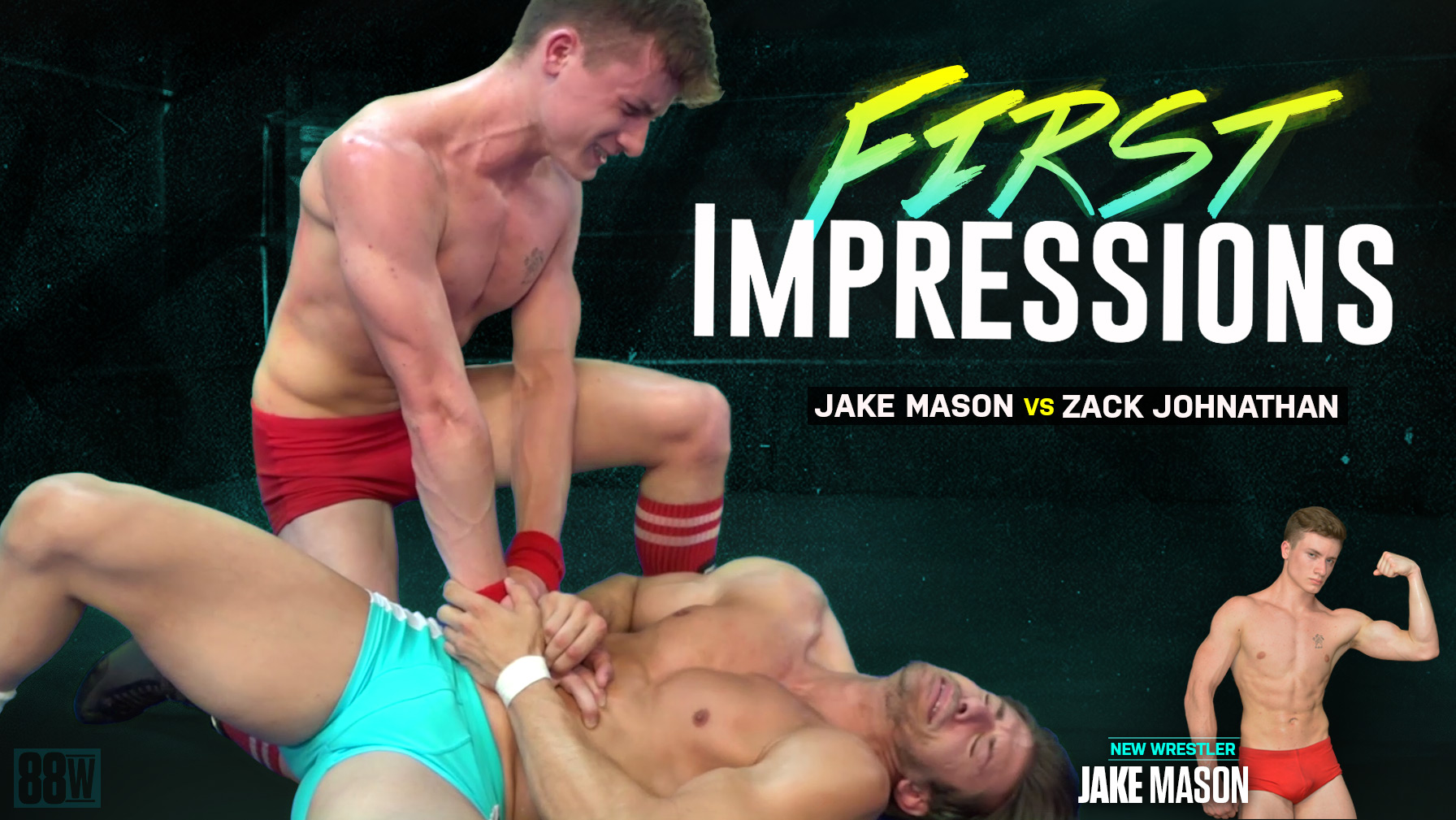 This match is an intriguing dichotomy between two wrestlers at opposite ends of the spectrum in their wrestling careers, and both know first impressions are paramount. Zack Johnathan is thrilled to be making his much-awaited debut at 88W, and is keen on making his mark on the roster. He brings vast experience with him, along with his magnificent, maintained, and adored classic physique. His massive arms, perfect pecs, ripped abs, and movie star looks have thrilled millions of people worldwide and have intimidated many of his foes. His opponent, Jake Mason, is not only new to 88W but also new to the underground wrestling scene. He brings his amateur scholastic wrestling skills along with his own journey in the gym to create an impressive body. He’s not too much of a talker, but when he does he intends to back it up. Zack is pumped and ready to start this match, and quickly challenges the rookie to an arm wrestling contest. The seasoned wrestler knows exactly how he wants to intimidate this rookie! Jake doesn’t back down and accepts the challenge. He has Zack’s big guns straining at times, but the physique model’s massive biceps win out in the end.  Zack stands up and claims victory in the arm wrestling, but will he also be able to claim victory in his debut match? Zack scores with back wrenching bear hugs, tight leg scissors, and a painful figure four leg lock. While Jake dishes out the punishment with double leg takedowns, muscle stretching surfboards, and a targeted attack throughout the match on Zack’s picture perfect ripped abs. Does Zack impose his superior experience and strength on the rookie, or can Jake start his career with a stunning upset that will be sure to create a big buzz around the locker room?