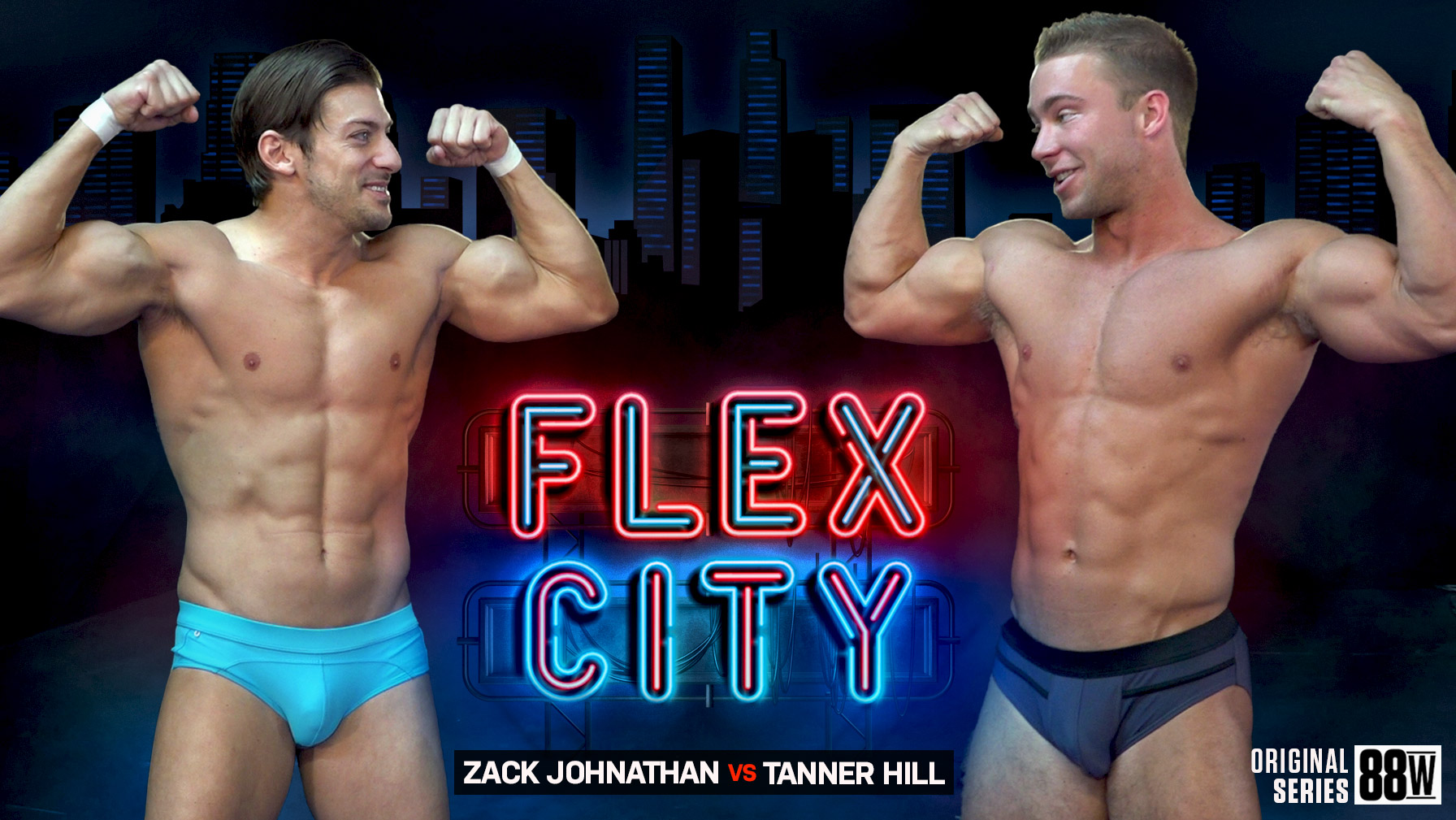 This is the second episode of 88W’s standout original series ‘Flex City’, which has caught on very quickly with our fans. Both of these studs have sensational physiques!  Zack Johnathan is more aesthetic and keeps himself in phenomenal shape for like forever, while Tanner Hill leans more toward the bodybuilder muscles and many of you have witnessed the impressive evolution of his physique in recent years. In the first episode of this series, the bigger Tanner was overwhelmed by Rex’s muscles, speed, and ring experience which led to the cage fighter claiming a hard fought victory. Could the same happen to Tanner in this episode? This match is about muscles, ego, ring savvy, and head games. Zack has much more experience in the ring, while Tanner wants to gym talk about how much weight he pushes. Both of these hot hunks like flexing for their fans, so it’s no surprise a flex off gets going that showcases their mouth-watering biceps, triceps, and shredded six-packs. The Z-man tells him today they’re in a ring, a wrestling ring, not the gym as they get down to business. They lock up in a test of strength and muscles pop and strain, but no clear winner is determined. Zach is able to gain the early advantage on the blond builder with a side head lock and flexes his power peaked bicep, while Tanner replies with his own flex shot. If you like watching two sexy studs flex their muscles, this match has muscles, muscles, and even more muscles flexing until the very end. The incredible sights and action go back and forth throughout the entire match and it isn’t until the final minute before you know which muscleboy rules Flex City this day!