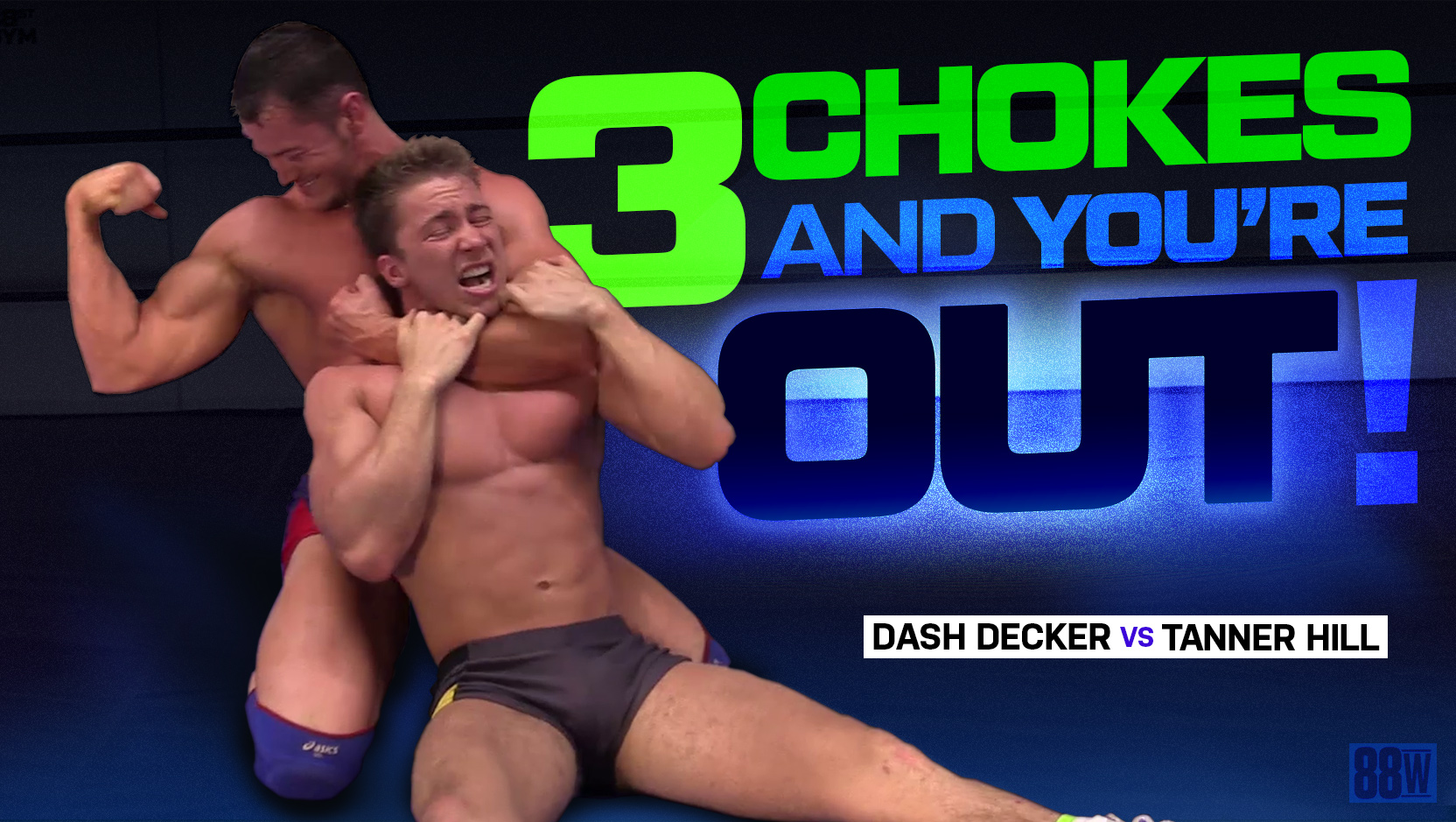 Fitness fanatic Tanner Hill and his phenomenal physique was not too happy about being left out of the current King of the Ring Tournament. He’s amassed a growing fan base and has been more than able to go toe-to-toe with any competitor he’s faced. But, he hasn’t faced Dash, and this could be a problem. Dash Decker is bigger, stronger, and more experienced than the fitness fanatic, plus Dash doesn’t want anyone infringing on his turf. The match starts friendly but soon evolves into brutal conflict. The Chosen One is wrestling to his strength, overpowering Tanner with power moves that slow him down and weaken him up. Tanner’s ripped muscles seem to be no match for the bigger Dash, but that doesn’t discourage the teen bodybuilder. He battles back with a few of his favorite holds like a back breaking camel clutch and a muscle stretching bow and arrow. The non-stop action evolves into one 24 minute round with each guy trying their best to choke out the other. The bigger Dash strikes first hoisting Tanner high into the air with his feet dangling below, as he smiles with glee. But is that enough to finish off Tanner? The match isn’t over until the victim is rudely awakened from a deep sleep as the victor flexes his imposing muscles!