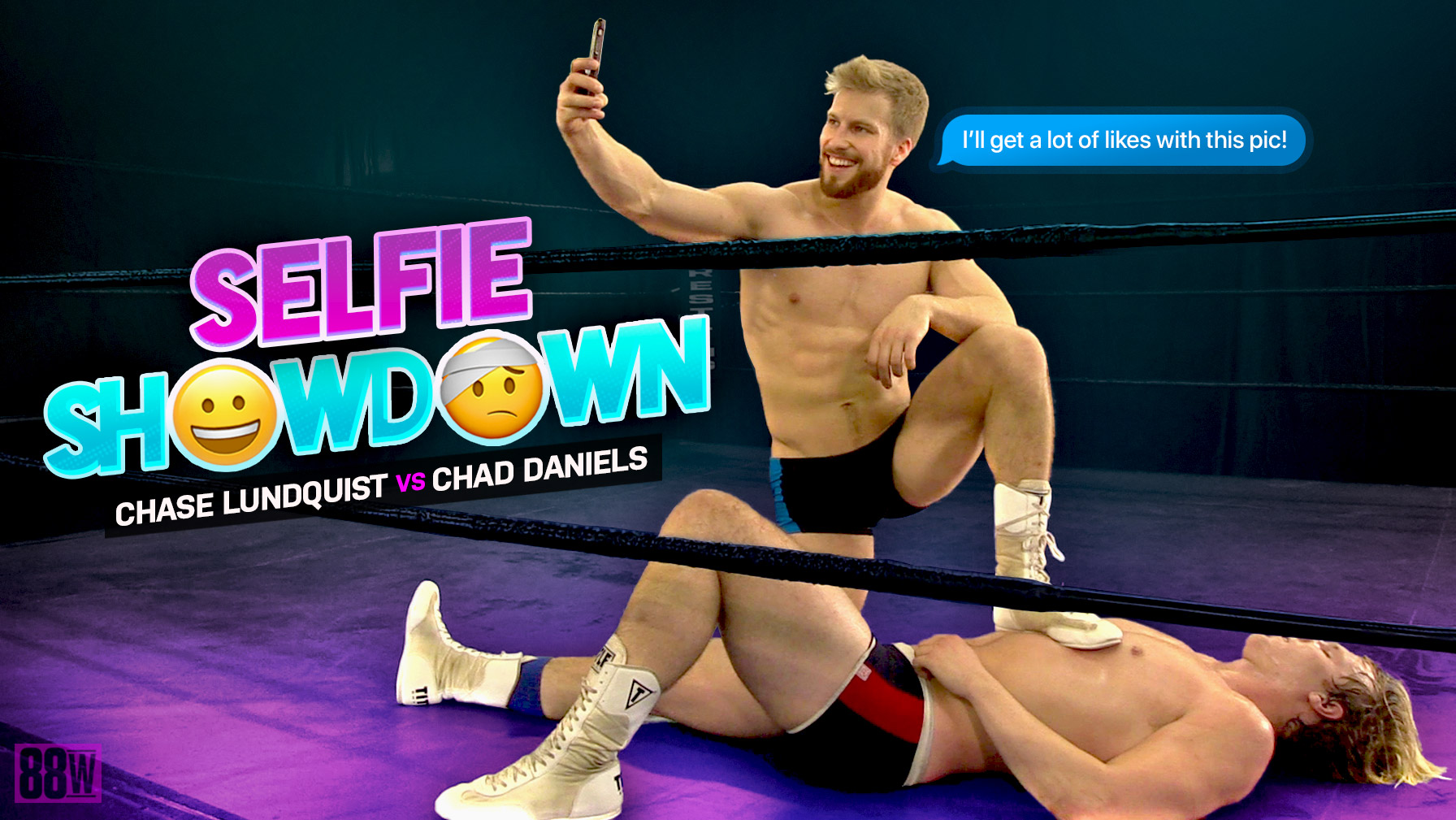 Both of these guys know their way around a camera, both in front of it and behind. Chase Lundquist’s modeling career has exploded this past year, while Chad Daniels’ graced the cover of many romance novels over the last several years. So what do you get when they both step into the same ring, of course a selfie showdown! The two blond bombers don’t waste any time trying to out-selfie each other. Chad’s confident he takes the best selfie, while Chase quietly snaps away while showing off his magnificent body. Plenty of trash talking abounds in this match, and as a bonus we’re treated to a flex-off before the wrestling action gets started. Chase goes on the attack first, connecting with a spectacular drop kick then quickly controls Chad with a leg lock. He taunts Chad flexing his big bicep in his face and doesn’t stop there. Chase enjoys working over Chad’s abs in the corner then continues with suplex, a standing bow and arrow, and then an uncomfortable camel. But Chad doesn’t take it much longer and turns the tables on Chase. He uses his bigger size to his advantage and begins overpowering Chase’s ripped bod. As the match unfolds the sweat starts to pour off their intoxicating muscles. In the end, only one of these stunning models snaps the ultimate selfie and takes the victory!