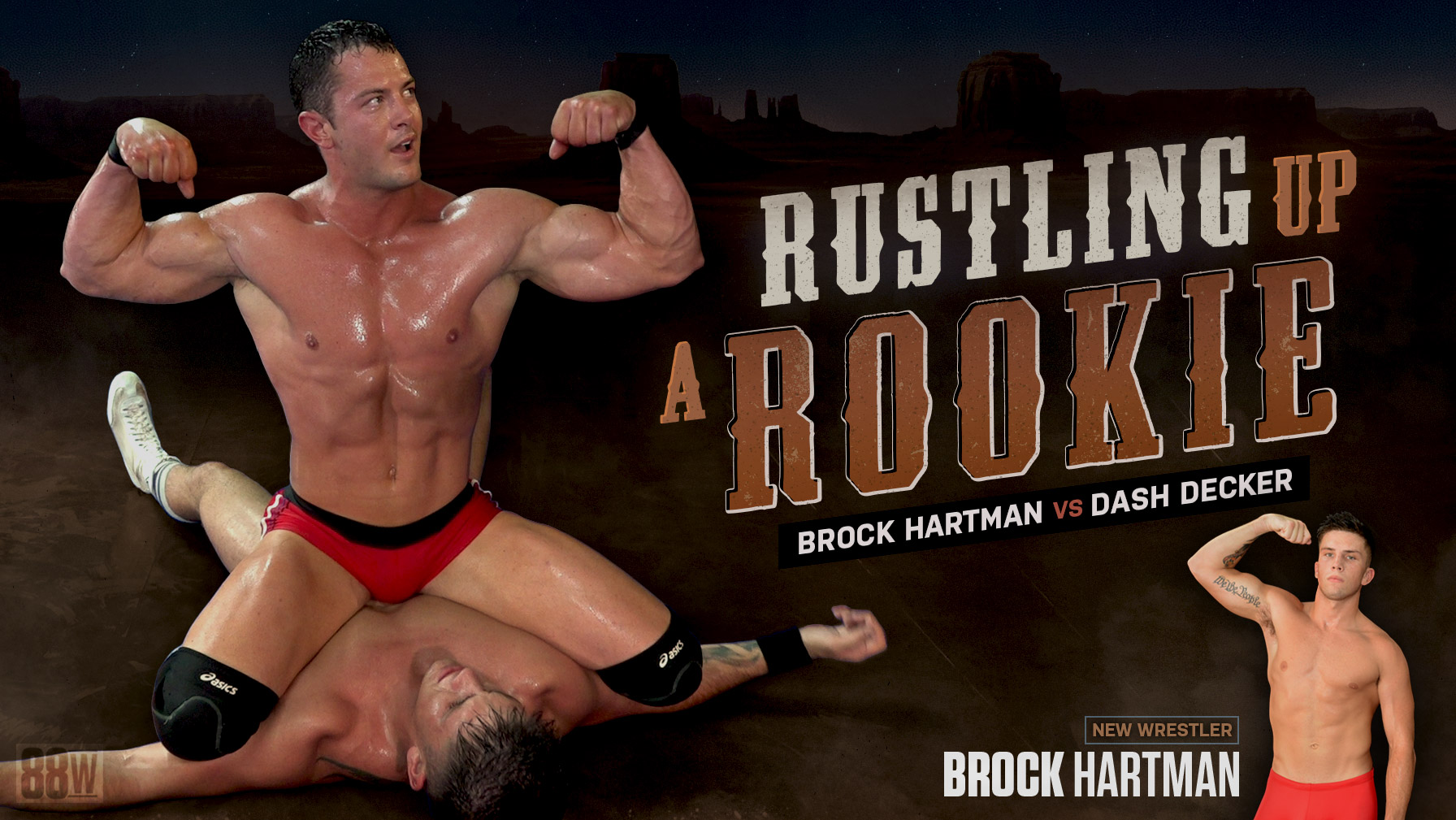 Dash Decker has been an instant superstar since he stepped into the underground wrestling scene. He’s got it all, the muscles, the looks, the charisma, and the attitude. He’s risen to the top of the roster here at 88W, and has been to the top of the mountain in the past.  It’s no wonder he’s known as ‘The Chosen One’. But beyond his wrestling persona, he’s a Midwestern country boy at heart. He grew up in a rural small town, and has also spent some time on the farm. In this match, he allows those cowboy characteristics to shine. Brock Hartman is an impressive titanic specimen. He’s 6’2” and 210 lbs with a huge physical presence, this guy is one big dude! In the ring today is over 400 lbs of mass and muscle! Dash is used to being the biggest guy on the roster but not anymore, Brock has arrived and he means business! He’s a no-nonsense guy who joined the roster to test own skills. The rookie arrives in the ring first and his presence is immediately felt. We all know Dash is no rookie and he has something up his sleeve to start the mind games. The Chosen One struts out of the locker room and into the ring decked out in his hometown cowboy garb. Now, this doesn’t faze Brock, but maybe Dash’s superior experience will. The two hulks circle one another and size each other up before The Chosen One kicks off the action with a boot to the abs of the rookie but he just shakes it off like it never happened. Dash follows up with a grinding headlock and then rustles Brock into the corner and begins an attack on his impressive pecs and abs. Dash whips the big dude across the ring and continues his attack, but this time Brock pulls a bold move and snatches Dash’s cowboy hat! Can the bigger Brock outduel the cowboy in his own corral? Or will Dash send the baby calf off to slaughter? All the intriguing action ends with a breathtaking finisher!