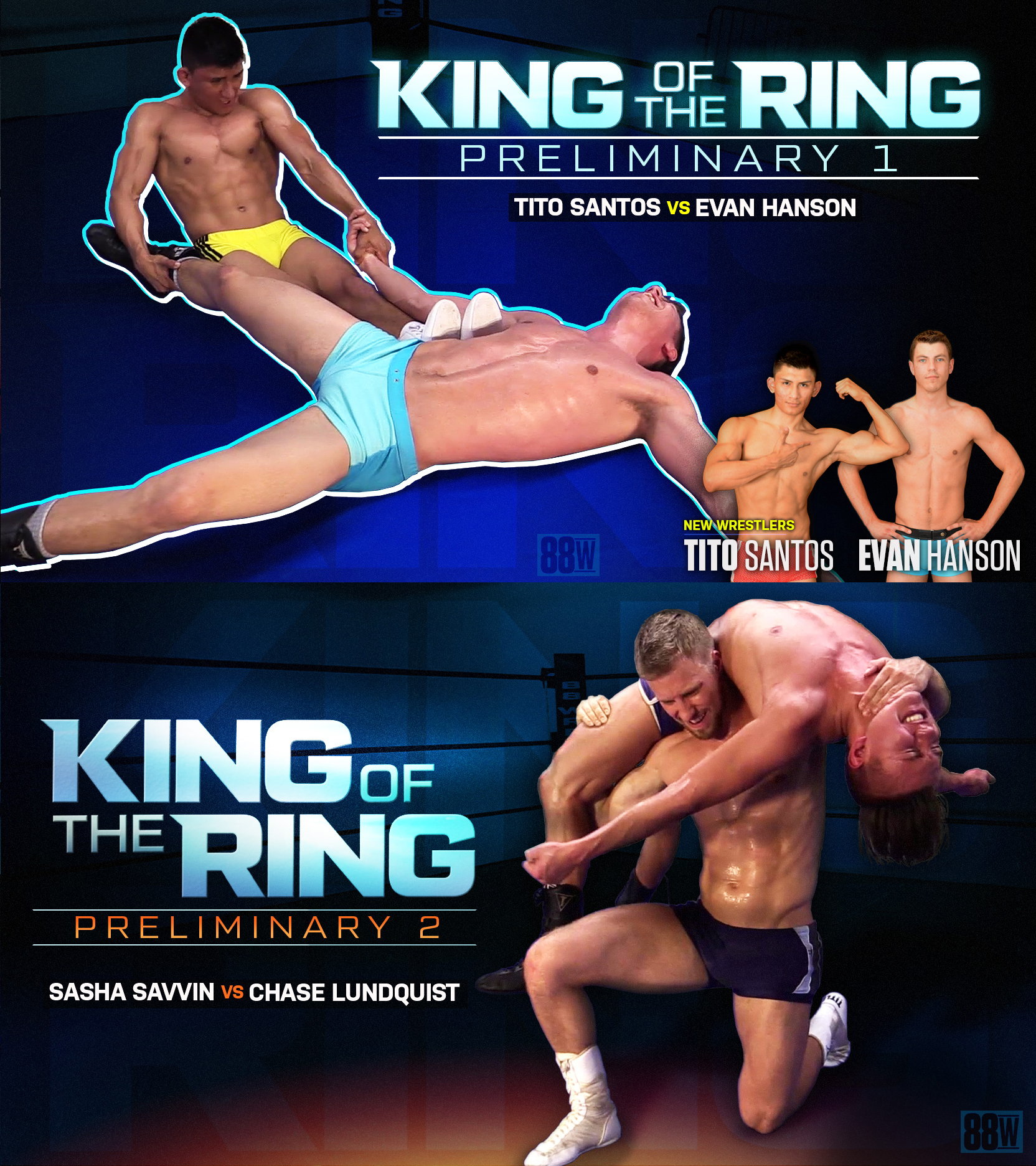 Two Matches on One DVD
Availability: Usually Ships in 2 to 3 Business Days

Tito Santos vs Evan Hanson (King of  the Ring: Preliminary 1)

From the onset of this, their wrestling debuts, Evan Hanson and Tito Santos exchange insults and power moves. Hanson, the small town southern teen with the long, lean, ripped physique, pokes fun at Tito’s bright yellow trunks calling him “Mr. Sunshine.” Santos, the 18 year old streetwise powerlifter with the chiseled frame from the mean streets of the city retorts by mocking Evan’s attire, calling him “Baby Blue.” From this point forward, this match-up is a back and forth affair with the each grappler exchanging nearly identical power maneuvers. Who executes the straining full nelson better? Whose ab bashing weakens their foe’s midsection more? Whose camel clutch does more neck wrenching damage? Whose powerbomb will render their opponent weakened enough to administer a devastating finisher in the rubber round? The confident winner does plenty of smack talking and flexing afterwards as he looks forward to advancing in the prestigious, inaugural 88Wrestling King of the Ring tournament.

Chase Lundquist vs Tanner Hill (King of  the Ring: Preliminary 2)

Internet fitness sensation Sasha Savvin had a rough rookie debut vs ring veteran and King of the Ring front runner Dash. His moves were as effective as a mosquito bite on a rhino! But the highly aesthetic 145 pound Russian grappler is more evenly matched this time around with equally raw newcomer Chase Lundquist, whose still outweighs the smaller Sasha by some twenty five pounds. The chiseled underwear model Chase uses a collection of power moves to punish Sasha early, highlighted by an all-out assault on his back. These vertebra adjusting maneuvers are clearly designed to weaken Sasha and demoralize his spirit. But Sasha fights gamely on, inflicting some serious damage of his own to Chase’s lumbar region. Sasha also scores big with a perfectly executed camel clutch from his improving arsenal of holds. Which rookie slips up first and pays the ultimate price of a disheartening final round submission that also knocks him out of contention for the crown. Plenty of muscle flexing, straining, and back and forth action in this match!