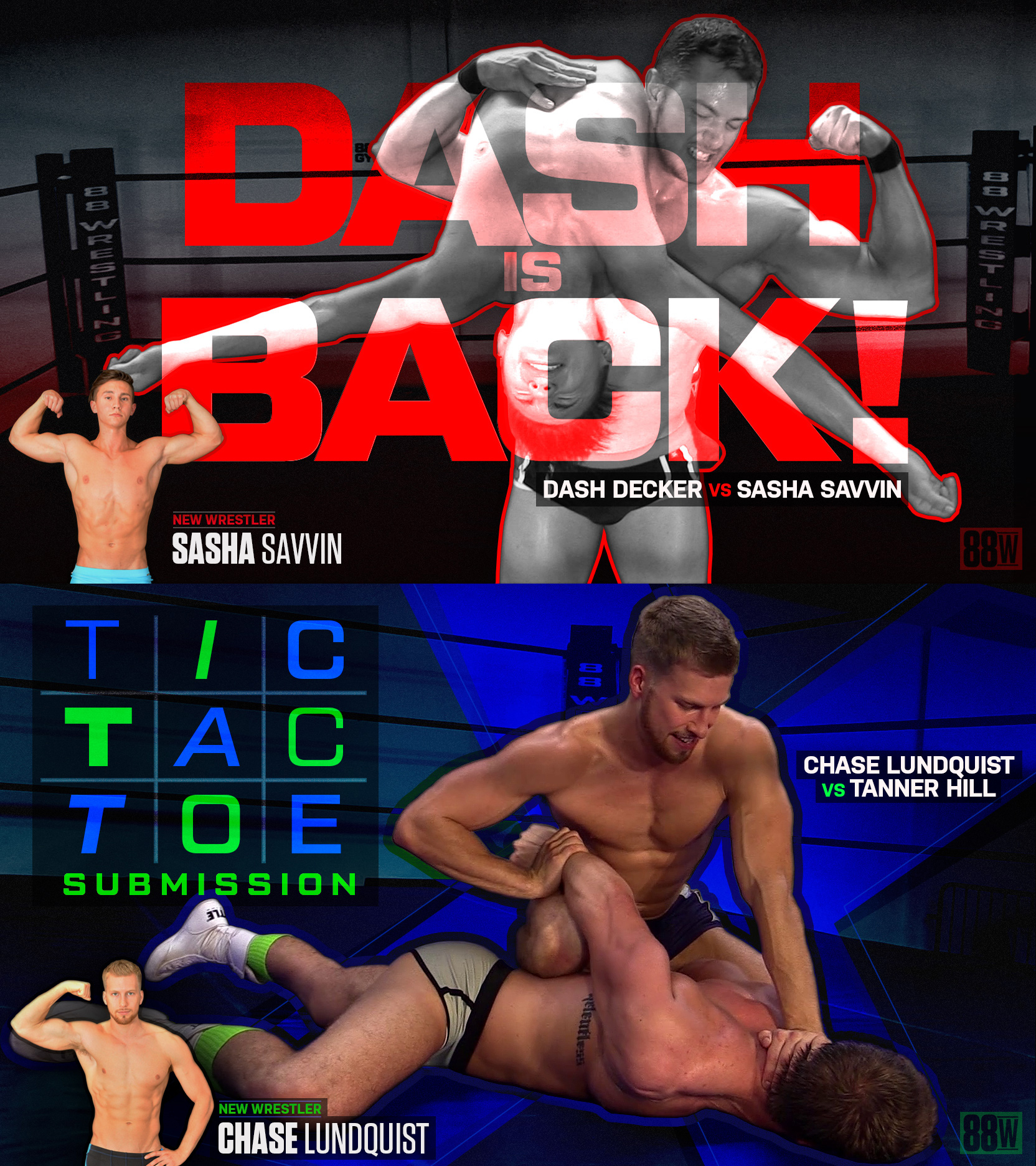 Two Matches on One DVD
Availability: Usually Ships in 2 to 3 Business Days

Dash Decker vs Sasha Savvin (Dash is Back!)

The world of fitness modeling and professional wrestling are two distinctly different domains. 18-yr old Sasha Savvin has been lighting up the former, where his boy-band good looks, flowing locks and ripped 145 lb frame have graced magazine covers/internet billboards, all the while drawing a legion of admiring fans. But posing for pretty pictures and climbing into the 88 Wrestling ring as one of the headliners for this debut match are worlds apart. World-class grappler Dash Decker was clearly NOT impressed with his much younger counterpart! The rugged 6′, 200 lb wrestling machine had nearly a 60 lb weight differential going for him. He dwarfed his much smaller opponent. There was an aura of resentment throughout that a wrestler of his caliber would be matched against a pretty-boy novice. There was plenty of smack talk from both sides throughout this match. But words can’t withstand devastating finishing moves. Putdowns aren’t the same as smackdowns! Did the novice Sasha have enough power to take out his more experienced counterpart. Or did Dash simply run rough shot over the Ukrainian superteen?

Nobody ever imagines tic-tac-toe as a contact sport. Until now! As tall, angular Chase Lundquist limbers up his ripped body in the ring, the shorter powerhouse Tanner Hill strides toward him with a cardboard contraption in hand. What the sign shows are 9 devastating and often humiliating pro wrestling maneuvers in the form of a tic-tac-toe board. Tanner explains that the first one to get three finishers in a row, either vertically or horizontally, would be declared the victor. While muscles gleam in the Florida heat and smack talk fills the gym, simple wrestling moves like arm bars and suplexes escalate into more crippling camel clutches, boston crabs, and strategically placed elbow drops. These further escalate into one of the high impact requirements to secure a valuable game board space. As these moves are achieved, colored Xs are placed on the board for the winner of each round. This ferocious battle continues until one of these 88Wrestling warriors completes the necessary three-in-a-row requisite. The winner celebrates by crumpling the game board over his fallen foe and flexing his sweat soaked muscles in triumph.