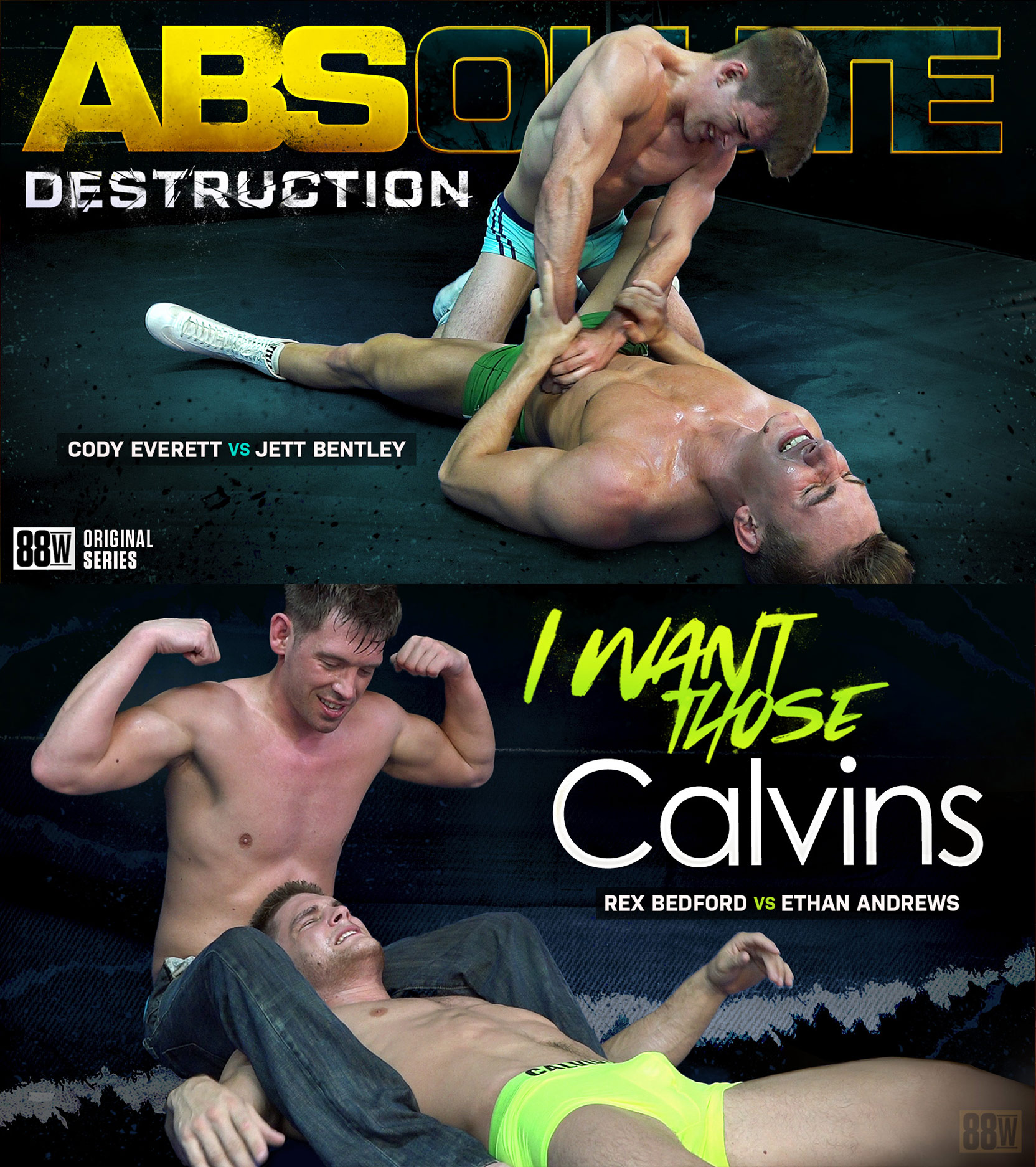 This is the match a lot of you have been asking for, and here it is! This one has everything; two young muscle studs, perfectly aesthetic bodies dripping in sweat, ab bashing, six-pack punishment, an arm-wrestling contest, and a bunch of storylines. Jett Bentley brought Cody Everett onto the roster as a friend, but what has ensued since that day has to make you wonder if they are still friends. Cody burst onto the scene and nearly pulled off the upset of the century when he came a lot closer than most expected to knocking off the reigning KOTR Rex. The teen sensation became an instant fan favorite and made it known he was here to climb to the top. Soon after that, he helped Jett destroy Rex in KOTR 3, then followed that performance with an impressive upset of Dash in Top Jock. His stock has been rising since first stepping into the ring. And all the while, Jett has been watching his ascent to the top. Turns out Jett isn’t impressed, and in fact, believes Cody’s interference in his King of the Ring match cost him the belt. As a result, there has been a storm brewing inside of The Gym Freak’s gut. He feels Cody is stealing too much of his limelight and intends to knock the teen rookie down a peg or two. Jett wants more and has his sights set on a rematch with Rex for the KOTR belt. This brings us to today, Friend vs Friend, Muscle vs Muscle, Abs vs Abs. Deep down both of these guys have been looking forward to this match, and deep down each one of them will do anything to win. Never has Jett been more aggressive and never has Cody been more confident. It’s a rough and tumble, no holds barred match from beginning to end, with an all-out assault on each of the others ripped six-packs. Which one of these muscle stud’s abs will survive, and which will get destroyed?

Rex Bedford and Ethan Andrews have been locked in a red hot rivalry for years, and today it flares up again in a sexy rip n strip match. Both of these guys are superstars and are the most skilled wrestlers on the roster. When they step into the ring against each other, the action is non-stop and pure magic. The best in the business! Their rivalry first started back in Catalog 2 with an 88W Original Series Tic Tac Toe Match, which came down to the final ‘X’ before Ethan celebrated victory by way of a spectacular sleeper knockout over the experienced cage fighter. They then tangled again in a battle for the belt in Catalog 4 in another 88W Original Series King of the Ring Match.  This contest had it all; non-stop electrifying action, momentum shifting from moment to moment, high levels of testosterone and sweat, and two super strong studs. It was a no holds barred battle for the belt that ended with Rex relying on his signature excruciating armbar that gave Ethan no other choice but to reluctantly submit or walk out with a broken arm. Ethan has been ticked and on the warpath ever since that rare loss, seeking any opening for revenge. Well, today’s the day! Ethan enters the gym and quickly notices Rex in the ring. The smack talk begins and Rex certainly isn’t going to back down. So, both agree that the stakes for this match are a rip n strip match until the victor claims the loser’s Calvins. The winner leaves with the other’s clothes while the loser is left to grovel in shame! A must see 32-minute match!