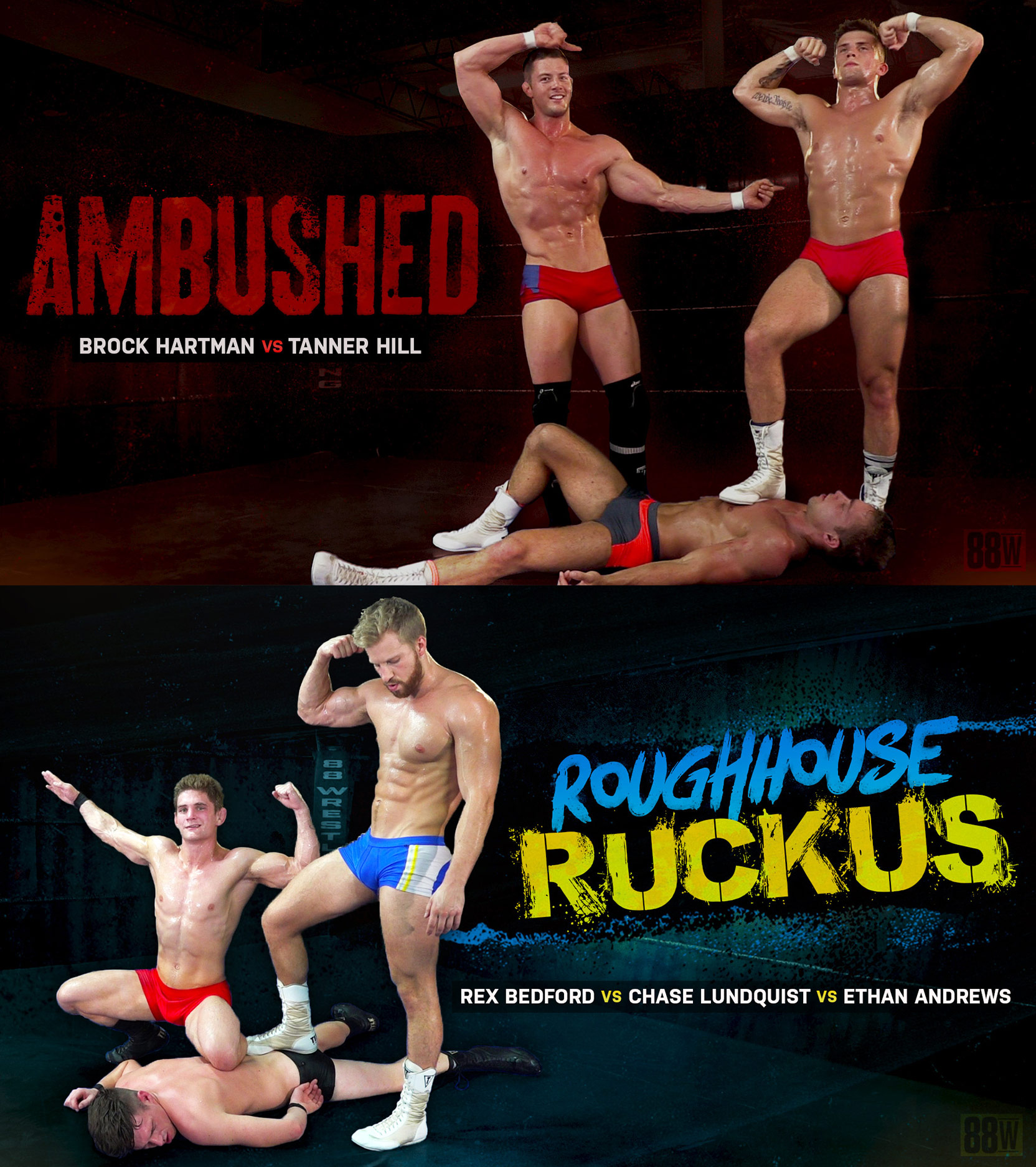 Two Matches on One DVD
Availability: Usually ships in 2 to 3 business days.

Tanner Hill’s confidence is sky high these days.  And why not, he’s racked up a series of impressive wins in recent matches including the overwhelming beat down him and his tag team partner Chase put on the bigger Dash Decker and Brock Hartman last month. Plus, he’s in the best shape of his life and his muscles have never looked better. He’s on top of the world! When he found out he was scheduled for a singles match against Brock he couldn’t have been happier. He is so looking forward to put another beating on the rookie titan, just like he did in their tag team match. Brock’s the biggest guy on the roster, but he’s still learning the ropes and paying his dues in the ring. Who knows, he could grow into a star one day, but it’s still a little early to tell. Neither Brock or Dash have forgotten the humiliating way they were treated by Team Tanner & Chase last month, so Brock is back to even the score. Tanner laughs at big Brock as he enters the ring and he takes control of the big boy at the onset. But all the punishment that Tanner delivers in the early stages of the match come back to haunt him. His flawless muscles are tossed, turned, twisted, and tortured as payback is a bitch! Brock gets by with a little help from his friend and it’s bad, bad news for Tanner!

Wow! What happens when you put 2 hot muscleboys and 1 nasty muscleboy destroyer into the same ring together and tell them the winner is the last one standing? There are so many different things that can happen! Both Rex Bedford and Chase Lundquist have muscles to die for, and Ethan Andrews has made a living punishing those with sexy muscles while developing some of his own. What strategy do you think would play out? Since Rex and Ethan have battled twice and each has won once, use this as an opportunity to gang up on the bigger muscleboy Chase to take him out and then make this the rubber match to break the tie between them? Or does Chase recruit Ethan to his team to eliminate the reigning King of the Ring Rex, which then gives Chase a shot at revenge from his previous ab bashing loss to the muscleboy punisher? Or will the muscleboys Rex and Chase team up to destroy Ethan and avoid any chance of him dishing out another punishing bashing to their perfect six-pack abs?  There’s plenty of muscle, sweat, and strategy on display along with electrifying non-stop action and an interesting twist that ends this contest with a startling knockout finish!